Carlos and the Cornfield 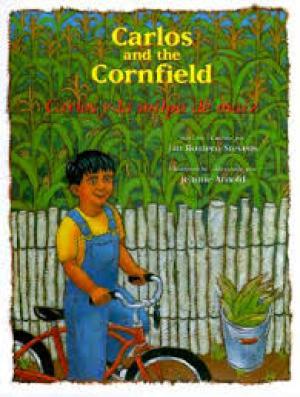 "Carlos longs for the beautiful red pocket knife that he admires in Señor Lopez's store. In order to earn money, he agrees to help his father plant el maíz (corn). Papa tells him to only put three seeds in each hole so the plants will have plenty of space to grow. Carlos despairs of ever finishing and decides to fill the holes with four, five, and six kernels. He gets his knife but when corn begins to grow, the boy realizes what a big mistake he has made. Instead of telling Papa, he sets out to fix things himself, with humorous results." — School Library Journal