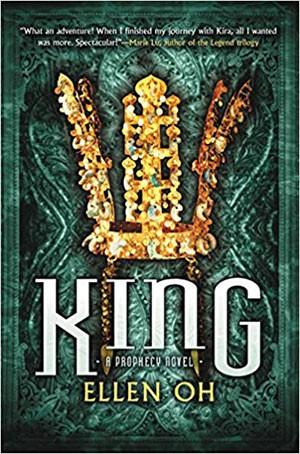 In this final installment of the Prophecy series, Kira continues her quest to collect the lost treasures, unite the Seven Kingdoms, fulfill the ancient prophecy, and defeat the evil forces invading their lands. Along the way, she also confronts her romantic feelings for her friend and would-be suitor Jaewon, saves her cousin the crown prince of Hansong from an evil dragon, and battles armies of demons.