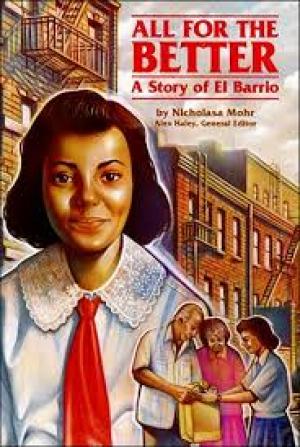 "In 1933 the Great Depression had hit Puerto Rico as hard as it had hit the United States. Evelina Lopez, then 11, left her mother and sisters to live with an aunt in New York City. Her journey to Spanish Harlem, El Barrio, and the life that followed there make up this simple biography. When she learned that food packages were available to those who presented the proper forms, but that most of her neighbors were too ashamed to apply, she found a solution. From this early success, Evelina Lopez Antonetty became an activist on behalf of the Spanish community in New York." — School Library Journal