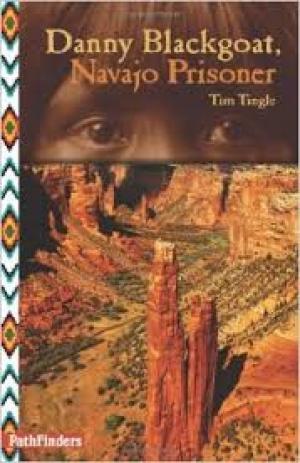 Product Description: Danny Blackgoat is a teenager in Diné (Navajo) country when soldiers burn down his home, kill his sheep and capture his family. During the Long Walk of 1864, Danny is labeled a troublemaker and given the name Fire Eye. Refusing to accept captivity, he is sent to Fort Davis, Texas, a Civil War prisoner outpost. There he battles bullying fellow prisoners, rattlesnakes, and abusive soldiers until he meets Jim Davis. Jim teaches Danny how to hold his anger and starts him on the road to literacy. In a stunning climax, Jim aids Danny in a daring and dangerous escape. Honor Book, 2014 American Indian Youth Literature Award.