Enrique's Journey: The Story of a Boy's Dangerous Odyssey to Reunite with His Mother (Adapted for Young Adults) 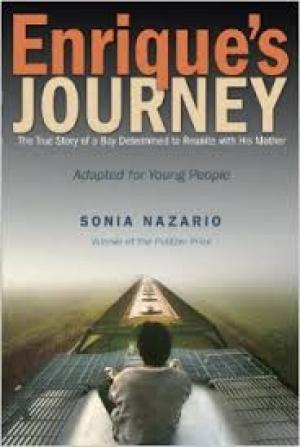 In 2007, Los Angeles Times reporter Sonia Nazario published Enrique's Journey, a book based on her Pulitzer-Prize winning reports about a teenage boy's harrowing trip north to the U.S. from Honduras to find his mother, who had immigrated to the U.S. eleven years earlier. Sonia has now published a Young Adult version of the compelling and gritty book adapted for readers 12 and older.