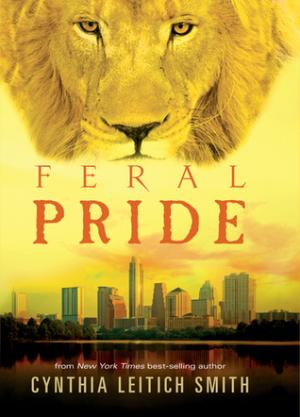 The explosive finale to the Feral series by New York Times best-selling author Cynthia Leitich Smith. Anti-shifter sentiment is at an all-time high when Kayla’s transformation to werecat is captured on video and uploaded for the world to see. Suddenly she becomes a symbol of the werebeast threat and—along with fellow cat Yoshi, lion-possum Clyde, and human Aimee—a hunted fugitive. Meanwhile, a self-proclaimed weresnake has kidnapped the governor of Texas and hit the airwaves with a message of war. In retaliation, werepeople are targeted by law enforcement, threatened with a shift-suppressing vaccine, terrorized by corporate conspiracy, and enslaved by a top-secret, intelligent Cryptid species. Can Clyde rally his inner lion king to lead his friends—new and old—into battle against ruthless, media-savvy foes? A rousing blend of suspense, paranormal romance, humor, and high action.