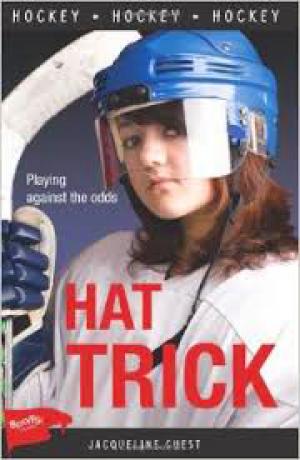 Product Description: Leigh Aberdeen is one of the top players on her Alberta hockey team, the Falcons. But as a Métis and the only girl on the team, she's different — and not everyone is happy about that. To top it off, she doesn't think her mother wants her to play hockey, so Leigh hasn't told her about the Falcons. Soon she's getting threatening messages on the phone, the Falcons' captain tries to get her kicked off the team, and her mother wants Leigh to go to a dance recital on the same night as the finals. Hat Trick is a suspenseful, action-packed story about a young woman who learns the price of living a double life — the hard way.