How to Be a Chicana Role Model 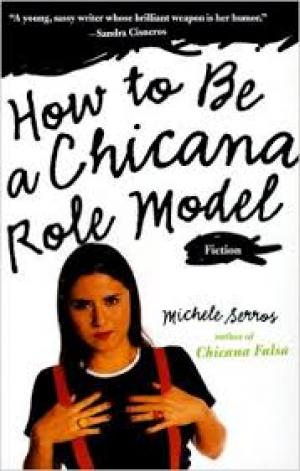 "The story of Michele Serros' journey to becoming a writer, How to be a Chicana Role Model (2000), is structured around 13 rules for success, beginning with Rule Number 1: Never Give Up An Opportunity to Eat for Free, and ending with Rule Number 13: Answer All Fan Mail. Serros credits her own beginnings as a writer, in part, to a letter of despair she wrote to children's author Judy Blume when she was 11 years old. Blume answered on personalized stationery in a hot pink felt tip marker, and encouraged Serros to keep a journal of her thoughts and feelings — something she has been doing ever since." — New York State Writers Institute