The Last Princess: The Story of Princess Ka'iulani 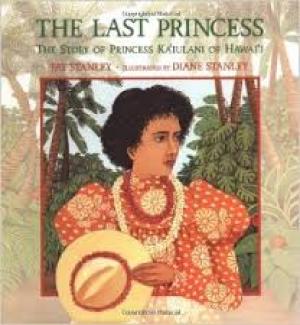 Hawai'i was once an independent country ruled by a royal family. But, while Princess Ka'iulani was at school in England in the 1800s, the small island nation became part of the United States — and she never got a chance to become queen. This intriguing, quiet, bittersweet story presents a little known period and a real-life princess. It is a well-told and handsome book was created by a mother-daughter team.