Lives in Limbo: Undocumented and Coming of Age in America 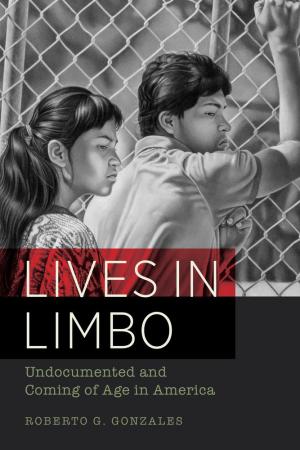 Over two million of the nation's eleven million undocumented immigrants have lived in the United States since childhood. Due to a broken immigration system, they grow up to uncertain futures. In Lives in Limbo, Harvard professor Roberto G. Gonzales introduces us to two groups: the college-goers, like Ricardo, who had good grades and a strong network of community support that propelled him to college and DREAM Act organizing but still landed in a factory job a few short years after graduation, and the early-exiters, like Gabriel, who failed to make meaningful connections in high school and started navigating dead-end jobs, immigration checkpoints, and a world narrowly circumscribed by legal limitations. This vivid ethnography explores why highly educated undocumented youth share similar work and life outcomes with their less-educated peers, despite the fact that higher education is touted as the path to integration and success in America. Mining the results of an extraordinary twelve-year study that followed 150 undocumented young adults in Los Angeles, Lives in Limbo exposes the failures of a system that integrates children into K-12 schools but ultimately denies them the rewards of their labor.