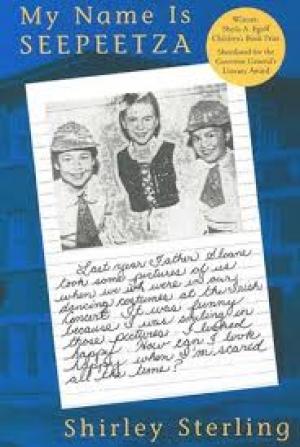 Her Salish name is Seepeetza, but at the Indian residential school in British Columbia, she is called Martha. She hates her white name, but she is beaten if she talks "Indian." Her long hair is cut off. At the same time, the other students pick on her because she has green eyes and looks white…First published in 1992 in Canada, where it won the Sheila A. Egoff Children's Book Prize, this autobiographical novel is written in the form of Seepeetza's diary in her sixth-grade year in the 1950s. — Booklist