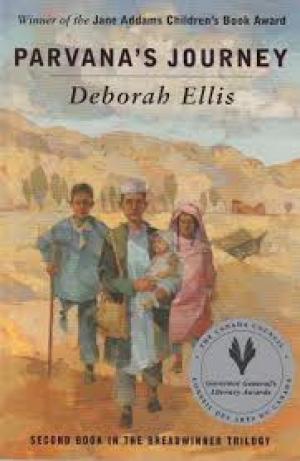 "In this sequel to The Breadwinner (2001), 13-year-old Parvana buries her father, disguises herself as a boy, and sets out across war-torn Afghanistan to find the surviving members of her family. Along the way, she rescues a baby and meets two other children: contentious Asif, who has lost a leg, and hopeful Leila, who believes she has magical powers that protect her against the land mines on their journey. Together the four children battle starvation, bombings, and despair before reaching a camp that offers them some glimmer of hope for the future." — Booklist