Seasons of the Circle: A Native American Year 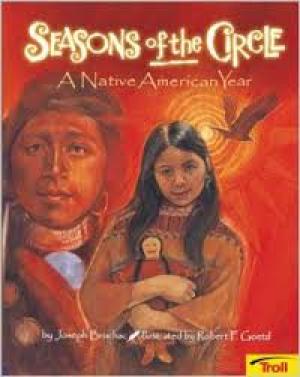 From Maliseet hunters following moose tracks in the snow in January to a Lakota elder's winter tales during a cold December evening, this lyrical tribute to American tribal nations cuts across the seasons…Bruchac's prefatory note introduces the traditions and cycles comprising many Native American lives, and an appended section explains each illustration. Also included are a map locating the various tribal nations and a chart listing the name of each month as it is known by each of three American tribal nations. — Booklist