In the Shadow of the Alamo 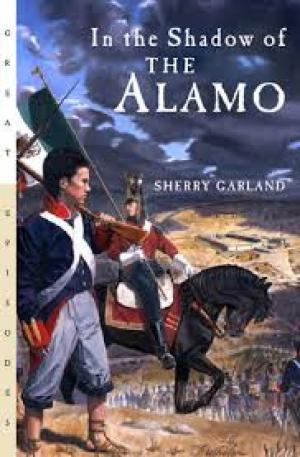 "Fifteen-year-old Lorenzo Bonifacio, who has never left his Mexican village, is conscripted into the Mexican army and soon finds himself with troops headed to retake the Alamo from North American settlers. The journey is hard, but Lorenzo finds solace in unexpected friendships and belief in the cause. However, when the battle finally occurs, his beliefs are challenged and his perspective is broadened as he comes to realize that triumph and tragedy and heroes and villains aren't as easily defined as he thought." — Booklist