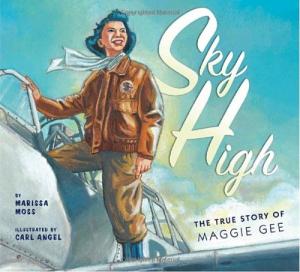 The true story of one of only two Chinese-American women to fly for the U.S. Air Force during World War II, is told as though by Maggie Gee herself. Her dream of flying became reality because of a dream and determination. An author's note provides a short glimpse into where and what the actual Maggie Gee does today as well as period photographs.