The Stories I Read to the Children: The Life and Writing of Pura Belpré, the Legendary Storyteller, Children's Author and NY Public Librarian 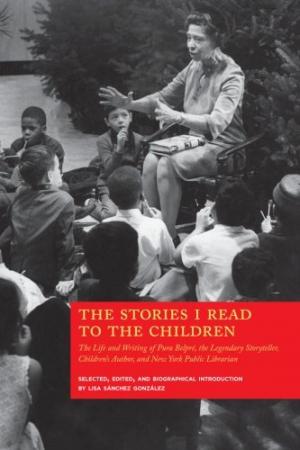 This book documents, for the very first time, Pura Belpré’s contributions to North American, Caribbean and Latin American literary and library history. Thoroughly researched but clearly written, this study is scholarship that is also accessible to general readers, students and teachers. Pura Belpré (1899-1982) is one of the most important public intellectuals in the history of the Puerto Rican diaspora. A children’s librarian, author, folklorist, translator, storyteller and puppeteer who began her career during the Harlem Renaissance and the formative decades of the New York Public Library, Belpré is also the earliest known Afro-Caribeña contributor to American literature. In The Stories I Read to the Children, Lisa Sánchez González has collected, edited, and annotated over 40 of Belpré’s stories and essays, most of which have never been published. Her introduction to the volume is the most an extensive study to date of Belpré’s life and writing. (Learn more about Pura Belpré and the award named for her from this resource page.)

Book Theme: The Life and Legacy of Pura Belpré
Purchase on Amazon