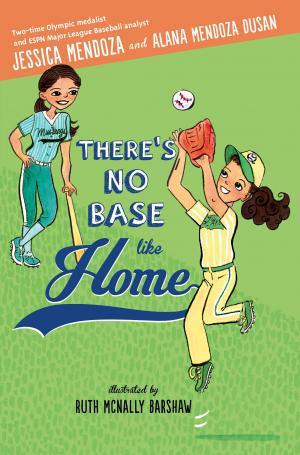 This is going to be twelve-year-old Sophia Maria Garcia's best year ever: she's going out for the same softball team on which her high-school softball star sister played at her age, and she s starting middle school. New school, new Sophia! But all does not go according to plan. Sophia does not make the Waves softball team, and making friends at her new school does not go well. Maybe Sophia isn't the pitcher she thought she might be. And her best friend is drifting away, getting interested in boys and losing interest in Sophia. As the middle school blues set in, Sophia must reach deep down and find a little UMPH – the difference between being good and being great – to figure out her own place, on the field and off.
ESPN baseball analyst and two-time Olympic medalist Jessica Mendoza teams up with her sister Alana Mendoza Dusan in this sweet and hilarious middle-grade novel that celebrates teamwork, family, and softball!
Age Level: 9-12
Editor: Alana Mendoza Dusan
Book Theme: Baseball: Diverse Books for Kids School Tales for Middle Grades
Purchase Book