They Called It Prairie Light: The Story of Chilocco Indian School 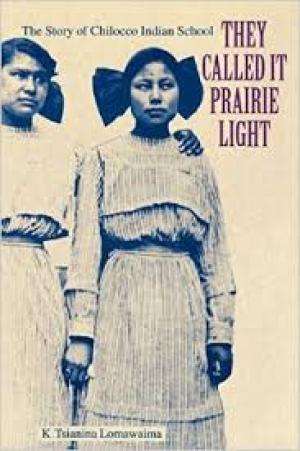 Product Description: Established in 1884 and operative for nearly a century, the Chilocco Indian School in Oklahoma was one of a series of off-reservation boarding schools intended to assimilate American Indian children into mainstream American life. Lomawaima allows the Chilocco students to speak for themselves. In recollections juxtaposed against the official records of racism and repression, students from the 1920s and 1930s recall their loneliness and demoralization but also remember with pride the love and mutual support binding them together — the forging of new pan-Indian identities and reinforcement of old tribal ones.