Turtle Meat: And Other Stories 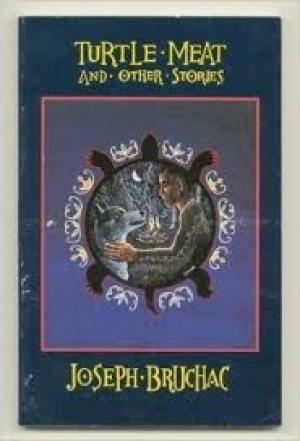 "A thought-provoking collection of original stories, 11 of which have been previously published individually. Bruchac, a Native American storyteller of Abenaki heritage, combines legend, memories, history, humor, realism, and magic in his vivid tales…The influence of family tradition and the Native Americans' closeness to nature is shown in both 'Jed's Grandfather,' in which a young boy learns from his dying grandfather, and in 'Fox Den,' which shows the persistence of nature despite man's best attempts at destruction." — School Library Journal