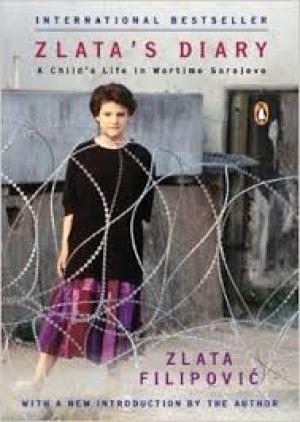 First published as Zlata's Diary in 1994, this revised version includes additional photos. When Zlata Filipovic, "the Anne Frank of Sarajevo," began her diary entries on September 2, 1991, her life was typical of most 11 year olds. By the time she ended her diary entries on October, 13, 1991, the Serbian, Croatian, and Muslim warlords had changed her life forever. Her diary may prompt readers to find additional information on Sarajevo, Bosnia, the Geneva Agreement, Anne Frank, and Icarus.