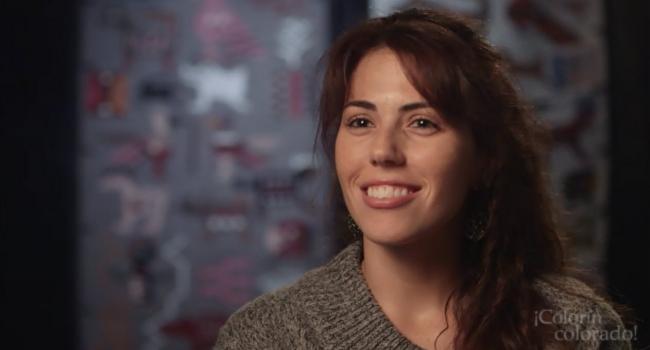 Tiffany Judy is the Out of School Time Director for Wolfe Street Academy in Baltimore, MD.  In this interview, featured as part of our Community Schools and ELLs video project, she explains how the after-school program works, the kinds of opportunities it offers, and the benefits it provides for students, families, and teachers.

Academic support in the after-school program

The after-school program is – it's very much an extension of day school.  It's an extra three hours tacked onto the end of the day where the kids have an opportunity to experience a variety of different enrichment activities, additional academic help, some electives. Things that they wouldn't be able to during the day.

The after-school program has three main components, the academics, the enrichments, and the electives, if you want to break it down. The academics are where the day school teachers, usually that class's homeroom teacher – if it's not the homeroom teacher, sometimes it's a special educator, it might be a day school para educator or a tutor that stays and does the academic portion – it's where they stay for an additional hour and a half twice a week and basically continue class.  But they get to do different curriculums.  They get to use that time to work with students individually, to work – since they're usually working with their class, they know what their class needs to work on.

Getting some extra time after school with kids

Specifically teachers that work in after-school program as far as the academics, they really enjoy having that extra time to work with their students, because they get to, like I say, catch up on work with students or they get to do – work on more specific individual skills with students that they might not be able to get to during the day.

Or just need additional attention.  So they really enjoy being able to work with their students those extra hours.  And then a lot of the other teachers that work in the after-school program as coaches or teachers as well – they get that extra time with the students in another setting, which they just really – they have fun doing.

They also like that the students have a structured place to do their homework where they're getting assistance from either the day school teacher or the after-school staff or even maybe a tutor.

Enrichment classes in the after-school program

So the enrichment courses are the courses that the students – all of the students rotate through on a semester basis, so they include art, music, science, creative writing, health and wellness, which is where they have their anti-bullying curriculum and their disability awareness curriculum.  And they have a new one this year which we are – we're calling Kids Do, but it's a community service—based class, so they're learning about community service and then completing small projects based on their grade.

Electives and sports in the after-school program

The electives are just that, they're electives.  They're what the kids can sign up to participate in if they choose to.  And they range from sports, depending on the year.  There's baseball, soccer, tennis.  Hopefully this year – a couple of the teachers want to put together a girls' running club, so that would be new if we can get that one off the ground this year.

Aside from sports, they have chess, robotics, D.I., which is Destination Imagination, theater.  The Fells Point Corner Theater has, one of their actors volunteers coach a drama class once a week.  One of the day school teachers – the – actually, the speech pathologist – does a Spanish club for grades two to five this year, which is another new one that's for our Spanish-speaking kids that actually want to learn how to read and write Spanish.

We have the strings program here as well so the kids can play – learn how to play violin, viola and cello.  I'm sure I'm missing a few, but that's an idea of the different electives they can actually – they can sign up to participate in if they choose to.

So we offer all of these different activities to give them these opportunities and to – the more programs we have to offer, the more kids we can reach, because if we only had soccer and we only had violin or viola, we can't reach all 163 kids with limited programming.

Like our robotics kids – it's fun to go in there and see them building robots and programming their robots in the computer to make them dance or turn around or pick something up.  And this is – they're actually going – they didn't go to competition last year, but they're going back again this year, so they just got a new robot, and they're super-excited about it.

Food for kids in the after-school program

So the kids receive – well, if you include day school, they receive three meals and a snack a day, again, all no cost to the families, which is a huge help to the families, especially when they have multiple kids and everybody's in the building.

It's also really helpful because the programs we receive the food from are federally funded, so anybody under 18 can eat.  So if the parents come in with the even younger siblings, they can get a meal as well.  But yeah, so they receive a snack every day right at the end of day school, beginning of after-school, and then they have supper right at the end of after-school.

Snack usually consists of a fruit and something – usually a grain or carb and a protein, so it might be an apple and a cheese stick or something like that.  Supper is usually – the full plate: they've got a vegetable, they've got a fruit, they've got a protein, they got a grain, and they always get milk with it.

So it just varies.  Last night was a hot turkey platter.  Lately, Tuesday have been tacos, so it just depends on the menu that we receive.  And it comes from – so it's through Family League as well to sign up for it or to participate, and then it comes from local catering vendors around the city that actually supply and deliver the food.

Benefits of after-school programs for kids

And then their social – socially, they have more time with their friends, they have less time sitting in front of a TV or playing a video game, so more social-emotional development takes place as well.

They're not having to put out of pocket anything extra for child care, whether it be a family member or the next-door neighbor or whomever.  It also helps them, you know, with their – with meals since the kids are able to receive all of their meals here as well.

How volunteers help in the after-school program

We have a lot of volunteers and a ton of neighborhood support.  So the volunteers, we usually get between 30 and 40 volunteers a year between Johns Hopkins University and Notre Dame University.  They usually – they usually come just to do tutoring, so they'll work with kids either individually or in small groups throughout the year.

And they usually end up getting one kid for the entire year or two kids for the entire year.  But that makes up our main tutoring population.  We also have middle school student volunteers that come in, sometimes a few high schoolers, but they're usually alumni from Wolfe Street that go on to middle school and come back here to get their service learning hours.

So they volunteer in the after-school program as well, helping mainly in the cafeteria with supper and snack, and this year they're also going to be doing a little tutoring and homework help themselves.  The neighborhood – we have some volunteers from the immediate neighborhood that come in and work with the program as well. But then the neighborhood is also just very supportive in terms of, you know, helping with the library.  They do – the Upper Fells Point Improvement Association, which is the immediate neighborhood association right here – every year they do a teacher's wish list for the school and after-school, so we get supplies that way, which is great.

One of the members of the Upper Fells Point Improvement Association is one of the volunteers that coaches the Chess Club.   He comes once a week to teach the kids chess.  He started last year, and he's great.  He's got a lot of patience for working with the little kids, and he takes them between second through fifth grade, so he's got big – a pretty big age range that he's working with.

Collaborating with a local community center in the neighborhood

This year is the first year we're using the Julie Center space for the Chess Club, which was really helpful. This year they opened the doors and said if we needed to use their space that we could, which was great, because as you've seen, the school is tight, and in the afternoon especially, because all the classrooms are being used, the only real open space we have is either the cafeteria or the library.  And with as many electives going on as we have going on, we can't all be in the cafeteria at once.  So it's been a really, really big help being able to take them to the Julie Center.

Last year, one of the – well, the fourth-grade class during academics entered into a couple of different contests. It was the Words on Wheels Contest through MTA, a partnership with MTA and MICA.  Two of our students were winners of that contest, the – so they wrote poems, and their poetry was paired with artwork from a MICA Student on buses throughout MTA or Baltimore City buses, Baltimore County buses. Actually, I think one of the girls did see their poem on one of the buses because they came in and were very excited.

But we had two winners for that last year, and from the same class – and actually one of the same students from the MTA contest and then another student entered into the If I Were Mayor essay content, and they won that as well, and of course their – the after-school teacher that taught that was very excited for them also.

Summer – it varies each year depending on funding, the type of programming that they're – we're going to be able to offer.  Last year we were able to open it up to all of the grades, so K through five, rising kindergarten through rising fifth grade.

And we took about 100, 120 students, which was – which pretty much met the need for our population, which was great.  And we were able to stay open full—day, so they were still – it was essentially – it was school, but it wasn't school.  They were here all day.  They were here Monday through Thursday, though, so they had Fridays off.

They still received breakfast and lunch, but the day ended at 2:40 like it would for a regular school day.  There was no after-school program during the summer.  But for the summer program, they had field trips usually once a week.

Depending on their grade, they would go to Patterson Park Pool to go swimming.  They'd go to the park for outings.  So they have a lot more leisurely activities built into their day, time for them to relax and to learn.