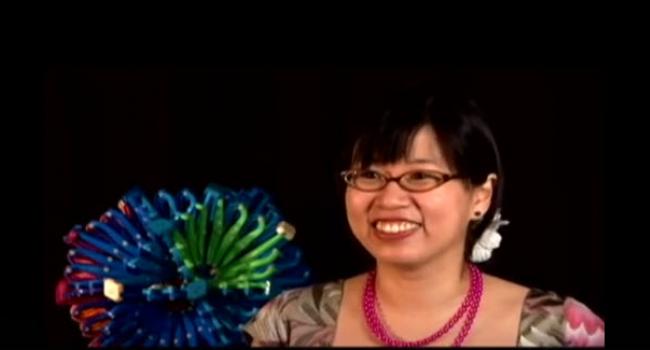 Grace Lin is the author and illustrator of more than 20 books — from picture books to young adult novels — for kids. Most of Grace's books are about the Asian-American experience, she believes, "Books erase bias, they make the uncommon everyday, and the mundane exotic. A book makes all cultures universal."

Grace Lin grew up in Upstate New York with her parents and two sisters. While the other sisters became scientists, Grace became an artist. After attending the Rhode Island School of Design, Grace began working on children's books. Her first book, The Ugly Vegetables, was published in 1999 and received numerous awards. She followed that success with the publication of more than 20 books, including Dim Sum For Everyone!, and Ling & Ting: Not Exactly the Same. Grace's novels for middle-schoolers, The Year of the Dog and The Year of the Rat have received many awards.

Her most recent young adult novel, Where the Mountain Meets the Moon, is a re-imagining of a traditional Chinese fairy combined with her personal story of grieving for her late husband. This title was awarded the 2010 Newbery Honor, chosen for Al Roker's Today Show Kid's Book Club, and was a NY Times Bestseller.

Most of Grace's books are about the Asian-American experience, and she believes, "Books erase bias, they make the uncommon everyday, and the mundane exotic. A book makes all cultures universal."

Grace lives in Somerville, MA with her husband, Alex.