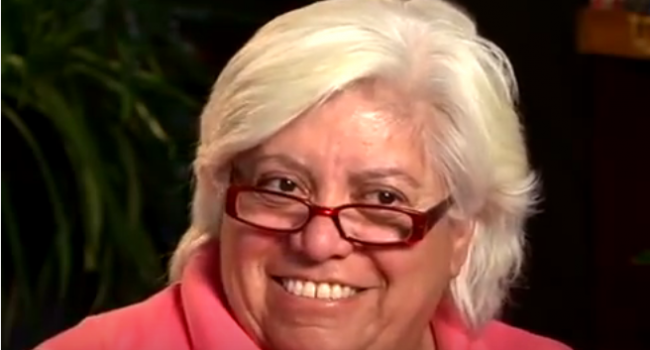 Ida Demos is a middle school teacher in Albuquerque, New Mexico and a member of the eighth-grade cadre in our Common Core in Albuquerque project.

Hear what Ida has to say about "The Story of an Hour" lesson plans and the Common Core in her video interview and journal entries below.

When I was going to school, we didn't have the opportunity to speak our home language at school. We were told that we would put in Spanish detention is what the room was called, if we spoke Spanish at school.

So, it was very difficult for us to lose our, who we were, lose our language, have to set it aside and then go home and speak Spanish at home. I also had the opportunity as a 6th grader to live in California. My grandfather who raised me and my sister was a migrant worker. And so we lived with Spanish dominate people. I had the opportunity to go to a very small Elementary school where I was the only bilingual person in the school.

The teachers only spoke English and about half of the students only spoke Spanish so I was translating for them throughout the school day really. So, it became very important to me to make sure that children learned English because that's the language of success and yet to maintain their home language. Because that Spanish is the language of angels.

From Ellen, I have learned never to stop. To move on. She's challenged my, what I think of myself. She keeps spurring me on, so. And I feel I need to do that with my students too. Working with a group of teachers who teach ESL has been so rewarding because we don't get a whole of opportunities in our own school to collaborate with teachers who teach the same content that we do. And to hear that I may not be the only one having problems with this particular area has been really helpful.

My message to other ESL teachers who are just being with Common Core, enjoy the process, be creative, have fun, and know that you're doing the best you possibly can for English language learners.

After having examined the Common Core Standards and served on the APS Steering Committee for the implementation of the CCSS, I found myself asking, "How attainable would the standards be to my own English language learners?" It wasn't until I started brainstorming and collaborating with the other teachers in the 8th grade ELA group of the WETA/ELL cohort did I realize the extent to which lessons would need to be sheltered and modified to meet the needs of our ELLs. That's when the fun began. The creative juices began to flow.

This a-ha moment has led to my investigation of other resources and strategies with which to enhance or supplant the existing curriculum. After having worked with the CCSS, I have also come to the conclusion that Depth of Knowledge plays a major role in students' acquisition of skills, concepts, and language. Students are given multiple opportunities to acquire, practice, perfect, synthesize and demonstrate their knowledge and skills.