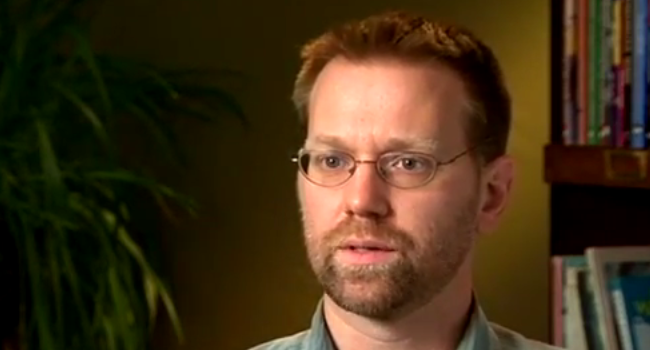 Luke Phillips is a teacher in Albuquerque, New Mexico and a member of the fourth-grade cadre in our Common Core in Albuquerque project.

Hear what Luke has to say about the Cinderella lesson plans and Common Core in his video interview and journal entries.

What I've learned about teaching

In this project I have learned more about teaching than I think I have in my five years' experience teaching. I didn't go to - I don't have a degree in education. I have a master's in linguistics. So I didn't really know very much about actually teaching philosophy, pedagogy, right.

So for me to be around teachers that are so smart and so love what they do has really taught me a lot about what I want to do in my classroom and what I think is best for the kids versus what I should do in the classroom, which comes from, you know, I think the textbooks and things of that nature.

The new standards and accessibility

When I first started working with the CCSS, I thought long and hard about how these were going to work in my classroom. In reading through them, I was still not clear about what they were expecting kids to be able to do. I quickly began to notice that there were no "benchmarks," an absence I thoroughly appreciated because I think they are the part of the current standards that are the most limiting.

After reading deeper into the standards with the cadre, I soon began to realize that the CCSS were even broader than I had hoped. It felt to me, a teacher who loves to use essential questions in my classroom, that these standards were a more effective way of getting students to actually listen, think, and participate in the classroom culture. They seemed to be aiming at the target, instead of aiming only at the bull's eye, and by this I mean, they seem more accessible to all students. The old standards seem to simply set a goal that most students, who, once they reach the goal, can stop learning and stagnate. In contrast, the CCSS seems to allow students the opportunity to continually grow and then set a new goal once they reach one. The CCSS allows for perpetual academic growth.

Then, we began our lesson planning. I found that the academic openness that the CCSS gave students was indeed larger than I had previously thought. We were challenged to break down the walls that 12 years of textbook driven instruction had built up around our teaching styles. This took weeks of hard re-thinking. But we were finally able to create a lesson that we were proud of and seemed to embrace the openness of the CCSS.

I get motivated by talking to my cadre, which is filled with super intelligent people. Having a tough year so far at school, this cadre has made me think deeply about my teaching. I feel I have grown exponentially as a teacher by being in this cadre. It has been a disciplined talk about how to improve teaching, which can be hard to come by as a teacher.