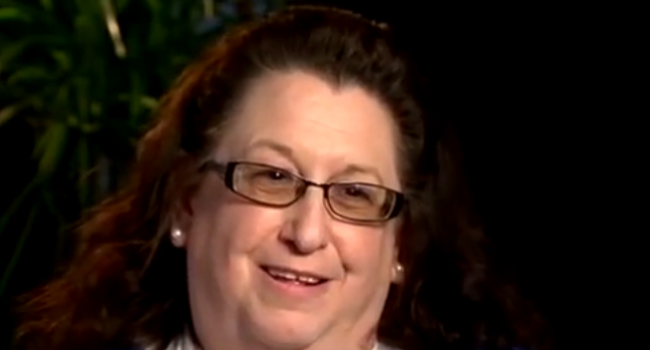 Lynne Harper is a teacher at Kennedy Middle School in Albuquerque, New Mexico and a member of the eighth-grade cadre in our Common Core in Albuquerque project.

Hear what Lynne has to say about "The Story of an Hour" lesson plans and the Common Core in her video interview and journal entries below.

You can't dummy down and give them elementary, even though for example, like the students are coming in as eighth graders or sixth graders, you can't give them elementary work to do. You still have to give them at grade level that use all those different techniques so that they can acquire the knowledge.

I would tell other ELL teachers that are just starting off that it is a lot of work, but if we're sitting here working on it here in Albuquerque, New Mexico, there's somebody in California or there is somebody in Oklahoma, a lot of other people. And by networking or going online, you know, we could all be sharing a lot of our information.

"What's going to happen? How's it going to affect us?" you know. Right now is at a time when we're buying textbooks. "Do we buy the textbooks? Do we not buy textbooks?" You know, how do, nobody's told us we're not getting, we're not going to be using, you know, High Point books or different things like that. There's a lot of talk, a lot of things, and it's like, "Well, I don't know. I don't know either, you know." But we just need to be aware of different things that are going on and try and find those answers out.

Are we meeting the standards?

The science and social studies teachers need to make sure that when they're teaching a lesson, whether it be in science. Say for example, they want to make sure that they are still using those techniques that ESL students are getting. For example, one of my eighth grade students, you know, he said he had an F in science. I said, "Well, why? You know, you've really been working hard. You know, we've been going over some of the vocabulary of different things."

So I went and talked to his science teacher. I said, "Well, he just doesn't know anything, you know. Keep talking to him, telling him all this, and everything." Well, it was that he knew, I think it was motion or something. He knew what it was, but he just didn't know all of the definition. It wasn't until the teacher then got out there and then started acting it out and showing him. So it was he knew the word, but he just needed a little bit extra in there, the demonstration.

Working on the Common Core Standards has made me a more intentional teacher in my own classroom. I find myself asking how can I teach this standard more deeply and not broadly. I have seen a shift from teaching a program to teaching a standard. That is my new "catch-phrase." Are we teaching to the program or to the standard? In science I see myself teaching to the standard but in social studies I have been teaching more to the textbook/program. I now feel free to revisit the standard and come up with resources to teach from and not rely on the program.

At the beginning of our getting started we were impatient to jump right in. It was good in a way that we went through the process of unlearning what we had learned. We were so program driven that we needed to be guided and have those conversations at the beginning.

When I started this project I wanted to learn more about the Common Core State Standards and how I as a teacher was expected to teach them in my classroom, what resources were available and how we as a nation were going to work together to ensure that our students were going to be prepared to compete in a global society.

I learned to check the Lexiles before I start a reading selection with my students. It needs to be grade equivalent. My question is: what do I do with my classroom at Kennedy where I have multi grades? Do I pick an 8th grade book or a 6th grade book for a basic class? I also learned that the lexile number would be gong up even more. What I would consider to be a high school reading is now 6th or 7th grade.

Planning with the standards

My thinking about the CCSS has changed since starting this project. I cannot just rely on a program or textbook any more. I need to look at the standard and PLAN. I need to have time to plan with my teammates so we can have common standards — cross-curricular standards. When I'm planning a science lesson I should be looking at the science literacy standards to make sure that I am covering those for every unit that I teach. In English class they can read an informational book that relates to something being taught in science. Thematic units would seem to tie things together.