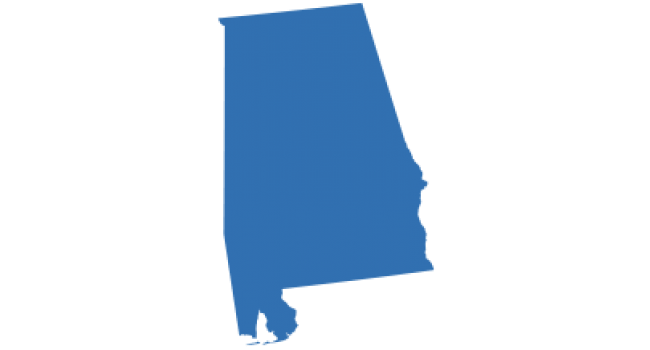 As of the 2016-2017 school year, Alabama's schools were home to more than 20,700 English language learners. As of the 2014-2015 school year, the most common five languages spoken by ELLs in Alabama were Spanish, Korean, Arabic, Chinese, and Vietnamese. (U.S. Dept. of Education, National Center for Education Statistics)

Alabama is a member of WIDA (World-Class Instructional Design and Assessment), joining in 2004. WIDA is a consortium of states dedicated to the design and implementation of high standards and equitable educational opportunities for English language learners.

The statewide affiliate of the National Education Association.

The statewide affiliate of the American Federation of Teachers.

The Alabama Parent Education Center (APEC) is a non-profit organized by parents in central Alabama, formed to provide parents with training and information to help them become meaningful participants in their children&s education.

AMTESOL was founded in 1982, and membership is open to everyone interested in and or involved in the teaching and administration of programs in English as a second or foreign language.

Alabama is in the early stages of the Seal of Biliteracy with a pilot program underway at the local level in Birmingham. The Seal of Biliteracy is an award given by a school, district, or state in recognition of students who have studied and attained proficiency in two or more languages by high school graduation.