Bill Martin Jr has written more than 300 children's books since 1945. His rhythmic, singsong texts have struck a chord with parents and small children across the country. "I don't write books, I talk them," Martin explains. "I write to a melody." Martin's most recognized book remains his 1967 classic, Brown Bear, Brown Bear, What Do You See? Its familiar words sound more like song lyrics than book text. In addition to a successful career as a children's author, Martin has worked as a schoolteacher, principal, and textbook editor – all in spite of the fact that he didn't learn to read until college.

In an e-mail interview with Reading Rockets, Bill Martin Jr answered questions about his childhood, writing career, and famous "bear books," illustrated by Eric Carle. This Reading Rockets feature also includes video clips from "A Visit with Bill Martin Jr" (1996). Click on the links below to learn more about this groundbreaking author of children's books.

A late start, but a long career

Bill Martin Jr remembers growing up in Kansas in a house without any books. Throughout elementary school and high school, he kept a big secret from all of his teachers: he didn't know how to read. Martin's fifth grade teacher, Miss Davis, read stories aloud to his class every day. Martin knew that he loved stories – he just couldn't read them. It wasn't until college that a professor challenged Bill Martin Jr to read his first book.

Martin finished college and then earned a master's degree and doctoral degree in early childhood education. After working as a schoolteacher and principal, he moved to New York City in 1961, where he developed literature-based reading programs for a publishing house. Martin's big breakthrough as a writer happened on a commuter train early one morning. In a flash of inspiration, the text and rhythm for Brown Bear, Brown Bear came to him. By the time his train arrived at Grand Central Station, Martin had scribbled the book's full text in the margins of his newspaper. He soon selected a young illustrator named Eric Carle to complete the picture book.

The 1967 publication of Brown Bear, Brown Bear distinguished Martin as a leading children's author and launched Eric Carle's successful career as an illustrator. Twenty five years later, Martin and Carle collaborated a second time to produce Polar Bear, Polar Bear, What Do You Hear? in 1992. In 2003, Martin and Carle published their third "bear book," Panda Bear, Panda Bear, What Do You See?. Bill Martin Jr currently lives in Texas, where he continues to pursue his favorite pastime – writing children's books.

By: Bill Martin Jr
Illustrated by: Eric Carle
Age Level: 0-3
With the cadence, format, and appeal of the creators' Brown Bear, Brown Bear, What Do You See?, animals found in North America are introduced. From a rattlesnake to a mountain goat, children will delight in the rhythm and predictability of the text and the cadence of the illustrations. 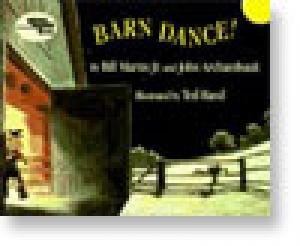 By: Bill Martin Jr John Archambault
Illustrated by: Ted Rand
Age Level: 3-6
On a special, magical, moonlit evening, an old barn springs to life. The scarecrow picks up a fiddle and starts to play, signaling the beginning of the dance. Lively language and dramatic, animated illustrations together portray this thrilling occasion. 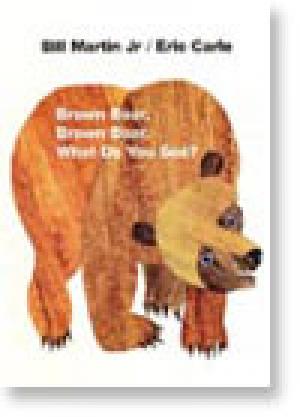 By: Bill Martin Jr
Illustrated by: Eric Carle
Age Level: 3-6
This modern classic imaginatively asks what a series of brightly colored animals see. The rhythm builds until we see a class of children and their teacher enjoying the sights. Readers delight in the predictability of the rhyme and the tempo of the language in this board book that launched the careers of Bill Martin Jr and Eric Carle.

By: Bill Martin Jr John Archambault
Illustrated by: Lois Ehlert
Age Level: 3-6
The 26 characters in this rhythmic, rhyming baby book are the lowercase letters of the alphabet. Each has an attitude, as "a told b, and b told c, 'I'll meet you at the top of the coconut tree'"  which probably would have been a good idea until the other 23 members of the gang decided to follow suit. 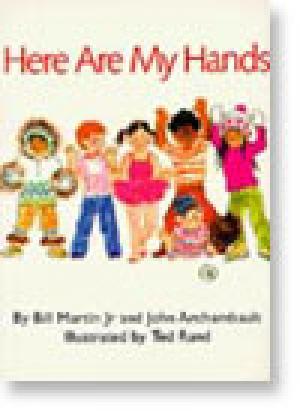 By: Bill Martin Jr John Archambault
Illustrated by: Ted Rand
Age Level: 0-3
Children will repeat the lively, predictable, and engaging rhyme that fills this book. The text heightens awareness of the parts of the body, from head to toe, and what each can do. Crisp, realistic illustrations make this ideal for sharing and acting out with young children. 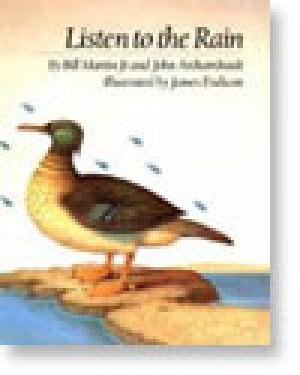 By: Bill Martin Jr John Archambault
Illustrated by: James Endicott
Age Level: 6-9
The many moods of rain  from angry thunderstorms to the quiet dripping that follows  are conveyed in alliterative, onomatopoeic, and captivating language. The poetic text is accompanied by evocative watercolor illustrations often extending over double pages. 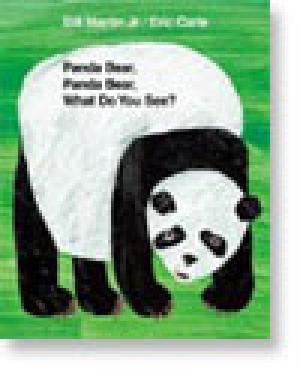 By: Bill Martin Jr
Illustrated by: Eric Carle
Age Level: 3-6
A familiar cadence introduces ten animals that are all endangered. The book ends with a child dreaming of seeing all the animals "wild and free." This appealing book can be shared for its boldly illustrated rhyme or to launch awareness of a complex topic. 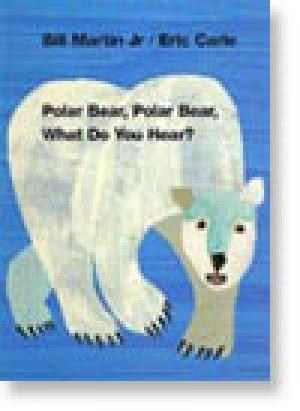 By: Bill Martin Jr
Illustrated by: Eric Carle
Age Level: 3-6
Large, richly colored illustrations accompany the jaunty text in the pattern of Brown Bear. This book depicts a group that visits the zoo and listens to the sounds that different animals make. Young children will want to join in the fun and make the animal sounds, too.

By: Bill Martin Jr John Archambault
Illustrated by: Ted Rand
Age Level: 6-9
Two children leave their cozy home to fetch milk on a cold and windy evening. When the brother loses his much-prized hat, it is his sister who returns to the spooky old ghost eye tree they pass. Light is effectively used in dramatic watercolor illustrations that accompany the lively text, which is ideal for reading aloud.

By: Bill Martin Jr John Archambault
Illustrated by: Ted Rand
Age Level: 3-6
The animated adventure begins when a diverse group of children mount their trusty steeds and the merry-go-round begins to move. Language and illustrations swirl and shift rhythmically on this spirited jaunt.