Carole Boston Weatherford grew up in an all-black neighborhood in Baltimore, Maryland. An only child until the age of 10, she has fond memories of riding bikes, drawing and writing, and singing and tap dancing to her dad's collection of jazz records. In the first grade, Carole recited her first poem. Throughout elementary and middle school, her artistic and literary talents were recognized and encouraged by her teachers. Carole continued writing through high school and into college, but it was only when one of her poems was published in a city magazine that she seriously considered becoming an author.

For 20 years, Carole Boston Weatherford worked for the National Bar Association in Washington, DC and North Carolina. After becoming a mother, she enrolled in a master's level creative writing program at the University of North Carolina in Greensboro. Although she entered the program writing poetry for adults, she graduated wanting to write historical fiction and poetry for children. Weatherford's first children's book, Juneteenth Jamboree, was published in 1995. Since then she has authored more than two dozen children's books.

Weatherford says that persistence is one of the keys to her success. "I had manuscripts that had been rejected 20 times before finding a home with a publisher," she recalls. "But I keep going and I believe in what I write about." Weatherford creates the kind of books that weren't available to her as a child: ones that feature African-American protagonists. In the late 1990s Weatherford began teaching college courses in composition, creative writing, and children's and adolescent literature.

Today Carole Boston Weatherford is an associate professor at Fayetteville State University. She and her husband live in High Point, North Carolina.

By: Carole Boston Weatherford
Age Level: Middle Grade (9-14)
This brief, often poetic, and informative introduction to the Negro Leagues uses period photographs to enhance the information. The period in American history is one of segregation and sadness but also of great joy and achievement.

By: Carole Boston Weatherford
Age Level: Young adult (14-18)
Through slightly fictionalized poetry, readers learn about a girl born in Baltimore who grows up to become jazz singer Billie Holiday. Her life is in not white-washed, there's sex and drugs along with the music, but ultimately the music shines through. Floyd Cooper's illustrations are gorgeous and perfectly suited. 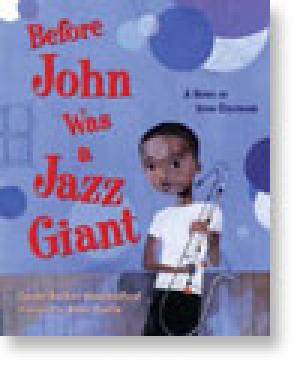 John's music began when he listened to the music in his childhood. Semi-abstract illustrations vivify sound-filled poetry, together introducing a boy who would grow up to become the great John Coltrane.

By: Carole Boston Weatherford
Age Level: Middle Grade (9-14)
Poems and photographs subtly introduce the stunning church bombing in which four girls were killed. Readers come to know each child as individuals as well as glimpse this sad, tumultuous period while looking toward a more hopeful future.

By: Carole Boston Weatherford
Age Level: 6-9
A boy narrates his disappointment that his "colored" team cannot play in the 1955 Little League baseball playoffs in Williamsport (PA), rebuffed by the white groups. Dramatic illustrations are used in this story based on actual events.

By: Carole Boston Weatherford
Age Level: 6-9
A 10 year old girl narrates this fictionalized story, based on real events and people, of how her rural southern town builds a new school for African American children with the help of Julius Rosenwald (then president of Sears Roebuck).

By: Carole Boston Weatherford
Age Level: 6-9
A girl and her mom want to have a sweet treat on a hot day but cannot sit at the soda fountain simply because they are "colored." Impressionistic paintings soften the harshness of the story of segregation in the South during a turbulent time.

By: Carole Boston Weatherford
Age Level: Middle Grade (9-14)
Matthew Henson, an African American, accompanied Robert Peary to the North Pole where together they placed a flag. The courage and perseverance of this remarkable man is revealed through his voice and luminous illustrations. 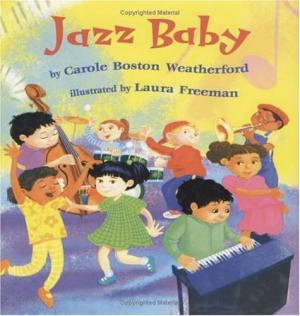 Lively language and colorful illustrations are sure to get children (and adults!) out of their seats as the music and instruments come alive and an animated party begins.