Chris Van Allsburg still seems surprised by his own success. As a sculptor who began drawing as a hobby, Van Allsburg never expected to find himself in the national spotlight. But his first book won a Caldecott Honor and his second book won the Caldecott Medal. In 1996 Jumanji became a Hollywood film. Van Allsburg’s most recognized book, The Polar Express, is one of the bestselling children’s books of all time.

Since 1979, Chris Van Allsburg’s books have blurred the line between fantasy and reality. His stories leave unresolved mysteries up to the imagination of the reader. His illustrations are beautiful and eerie, often hinting at an alternate reality that might just be lurking behind the next page.

Reading Rockets’ David Meissner interviewed Chris Van Allsburg in Providence, Rhode Island. In his attic studio, Van Allsburg talked about his childhood, books, movies, and more. Click on the links below to learn about the life and work of one of today’s most celebrated children’s book illustrators.

Chris Van Allsburg was born in Grand Rapids, Michigan in 1949. As a young boy, he loved building things with his hands, especially model cars and trains. Although he also enjoyed drawing the occasional picture, he never really considered himself a talented artist.

Van Allsburg studied sculpture at the University of Michigan and received a master’s degree from the Rhode Island School of Design. For a few years, he successfully sold his sculptures to a New York City gallery. On nights when it was too cold to work in his studio, Van Allsburg began drawing pictures just to pass the time. But when his wife showed these sketches to children’s publishing houses, the editors liked his work. They offered him stories to illustrate, but Van Allsburg preferred to come up with his own ideas.

Van Allsburg thought of his first book as a fun, one-time venture. But when The Garden of Abdul Gasazi received a Caldecott Honor and rave reviews, he decided to spend more time illustrating books and less time making sculpture. “If I could do something this well with so little experience in the art form,” Van Allsburg thought to himself, “I should try it again, because I could probably do something better.” Within six years, he had won two prestigious Caldecott Medals for Jumanji and The Polar Express.

Van Allsburg's most recent book, Zathura, is a Jumanji sequel with a space adventure twist. His holiday classic, The Polar Express, will be refashioned into a feature film in 2004. 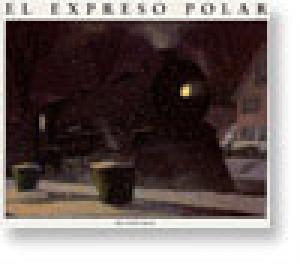 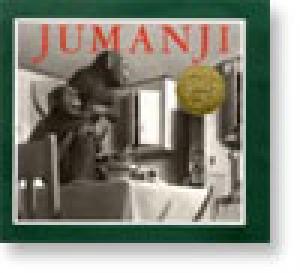 By: Chris Van Allsburg
Age Level: 3-6
While their parents are out, Judy and Peter play a board game called Jumanji. The remarkable game creates a threatening, animal-filled jungle in their suburban house until at last the game is complete. Highly realistic illustrations juxtapose the familiar with the unexpected in this book that won the Caldecott Medal.

By: Chris Van Allsburg
Age Level: 3-6
Miss Hester’s disagreeable dog, Fritz, escapes young Alan’s care and runs into the forbidden garden of Abdul Gasazi. When the boy unsuccessfully tries to find the dog in the mysterious garden, he meets the stern magician himself. Stunning black and white illustrations magnify the magic of Van Allsburg’s first book.

A magical train ride on Christmas Eve takes a boy to the North Pole to receive a special gift from Santa Claus. This holiday classic earned a Caldecott Medal. Also available in Spanish.

By: Chris Van Allsburg
Age Level: 6-9
Who is the stranger that Farmer Bailey accidentally bumped in his pickup truck? The young man recovers but can't remember who he is until one day it becomes clear that autumn has arrived everywhere except the Bailey farm. Richly colored, highly realistic illustrations convey the story's mystery and beauty.

By: Chris Van Allsburg
Age Level: 6-9
The story gets under way when the lonely widow Minna Shaw finds a wounded, sky-fallen witch in her vegetable garden. The witch disappears before dawn, but leaves her old, presumably defunct broom behind. Minna begins to use it around the house and finds that "it was no better or worse than brooms she'd used before." However, one morning, Minna sees the broom sweeping by itself! Opportunistically, she trains it to chop wood and fetch water.

By: Chris Van Allsburg
Age Level: 6-9
A sailboat far from the water is intriguing; how could it have gotten there? In haunting text and luminous full color illustrations, a story of uncontrolled ambition unfolds as a story within a story.

By: Chris Van Allsburg
Age Level: 6-9
The letters of the alphabet become the players on a stage in this action-packed thriller. A was in an avalanche and B was badly bitten. Of course, at the end, Z was zapped! This large picture book presents the unusual stage production in highly realistic, black and white illustrations.

By: Chris Van Allsburg
Age Level: 3-6
On the last page of the Caldecott-winning book Jumanji, young Danny Budwing is seen running after his brother, Walter, with a game tucked under his arm. Twenty years later, Chris Van Allsburg is ready to reveal what happens when Danny and Walter roll the dice. This time the name of the game is Zathura and the battling Budwing boys are in for the ride of their lives.