By: Don Brown
Age Level: 6-9
In 1775 George Washington "ached for cannons" as he watched the British in Boston. A Boston bookseller, Henry Knox, figured out how to get cannons from a New York fort to Boston by boat, across land, in only 50 days. Watercolor illustrations and brief text chronicle Henry's feat. 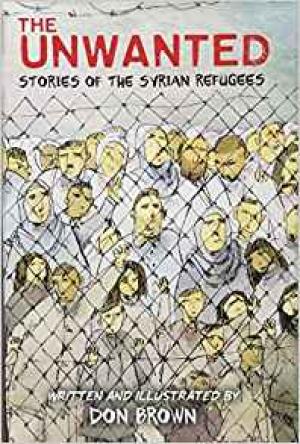 In the tradition of Don Brown's critically acclaimed, full-color nonfiction graphic novels, The Unwanted is an important, timely, and eye-opening exploration of the ongoing Syrian refugee crisis, exposing the harsh realities of living in, and trying to escape, a war zone. Starting in 2011, refugees flood out of war-torn Syria in Exodus-like proportions. The surprising flood of victims overwhelms neighboring countries, and chaos follows. Resentment in host nations heightens as disruption and the cost of aid grows. By 2017, many want to turn their backs on the victims.