Reading Rockets recently chatted with Peter Sís about everything from his father's Tibetan journey to how his own children have influenced his illustrating career. Click on the links below to learn more about this charming storyteller and internationally renowned creater of Madlenka and the Caldecott Honor Books Tibet: Through the Red Box and Starry Messenger: Galileo Galilei.

During an hour-long interview with Peter Sís, he told us how he was lucky to be so successful as an author/illustrator for American children. Having grown up in Czechoslovakia, he was unfamiliar with cartoons, peanut-butter-and-jelly sandwiches, and baseball.

Once Sís became the father of two children in the United States, he created books according to their interests  until it was time to write about Britney Spears. Click here to watch the video clip of Peter Sís as he tells this and other stories, or read the transcript from what turned out to be a fascinating interview.

Peter Sís is an internationally respected artist, illustrator, and author. Born in Brno, Czechoslovakia in 1949, Sís studied film in Prague, won the 1980 Berlin Film Festival’s Golden Bear Award, and was sent by the Czech government to Los Angeles to produce a film for the 1984 Olympic Games.

When exposed to potentially career-making opportunities, Sís defied his communist government by seeking asylum in the United States. After collaborating on an MTV project with Bob Dylan and creating the memorable poster for the movie Amadeus, Sís drove a white Mustang cross-country to New York City, where he proceeded to establish himself as a premier children’s illustrator and author.

Since 1984, Sís has won numerous awards, including the Caldecott Honor, the Society of Illustrators’ gold and silver medals, and the Boston Globe-Horn Book honor awards. He is a five-time winner of The New York Times Best Illustrated Book of the Year. Sís’s art has appeared in publications such as Time, Newsweek, and The Atlantic Monthly. He has published nearly 1,000 drawings in The New York Times Book Review alone.

In the middle of his prolific and disciplined illustrating career, Sís met and married Ten-y Lajtha, a documentary-film editor. Their two children, Madeleine and Matej, have had a profound impact on Sís’s life priorities and book topics. Madeleine inspired the books Madlenka and Ballerina!, while Matej’s interests led to Dinosaur! and Fire Truck. 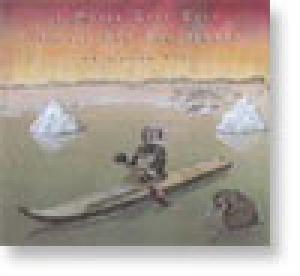 By: Peter Sis
Age Level: 6-9
Fact and fantasy combine in this intricately illustrated story about Jan Welzl, a Czech folk hero who traveled to the Arctic from Eastern Europe. Welzl lived for a time with Eskimos and worried about their peaceful lifestyle when gold was found. Sophisticated, highly detailed illustrations combine with a straightforward text to present a memorable tall tale. 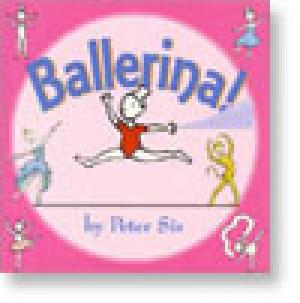 By: Peter Sis
Age Level: 3-6
A young ballerina dons different colored clothes from her trunk as she dances joyfully. The reader sees the little girl view herself in a mirror and also on the opposing page as she imagines herself as a prima ballerina in different ballets. Rhythmic language captures the joy of dance to enhance the uncluttered illustrations.

By: Peter Sis
Age Level: 3-6
When a boy’s toy dinosaurs come to life, a whole new world is created in his bathtub. No words are needed as the adventure grows and then recedes when his mother brings him back to the real world. Black lines on crisp white pages effectively convey the child’s fantasy and his reality. Dinosaur names appear on the endpaper to the book.

By: Peter Sis
Age Level: 0-3
Fire trucks fascinate Matt, so much so that he starts and ends his day thinking about them. When he imagines actually becoming one, he zooms around to put out fire and save his community  actually in his house  and is brought back to being a little boy by the cozy smell of pancakes. Crisp black lines with touches of red are used in this imaginative excursion, which also invites readers to count related objects from one to ten. The boy has another imaginative adventure in Trucks Trucks Trucks (1998) where trucks that haul, lift, and more grow in size in his room. 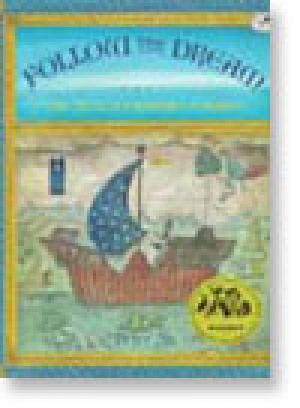 By: Peter Sis
Age Level: 6-9
Events in Columbus’ life that led up to his now renowned voyage are effectively and briefly portrayed. While the text is informative and engaging, it is the intricate illustrations, some reminiscent of 15th century motifs, that distinguishes this handsome book. 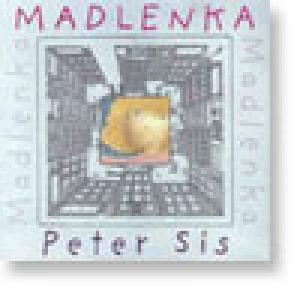 Madlenka's tooth is loose and she wants to tell the world. She takes the reader around the block to meet her neighbors. Looking at the images and memories they have carried from old country to new, we can see that Madlenka's block is as richly varied as its inhabitants. 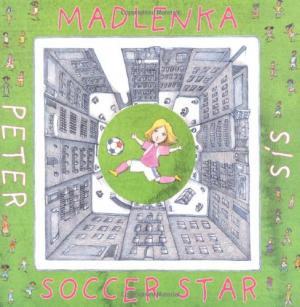 Madlenka dreams of being a soccer star in this third book about the city-dwelling girl. She leaves home in her soccer togs playing imaginary games until she's joined by one friend and then a team full of children. A note about soccer history concludes the book. 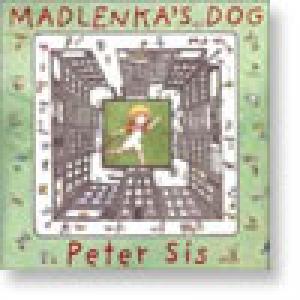 By: Peter Sis
Age Level: 3-6
When Madlenka walks her imaginary dog on a red leash, adult friends in the neighborhood remember their own dogs. Madlenka’s young friend, Cleopatra, with her imaginary horse, joins the fanciful play before each girl returns home. Dye cuts and flaps are used to focus the eye and differentiate real from imagined in this unique jaunt around a city block. Fans of Madlenka (2000) will not be disappointed in her latest adventure. 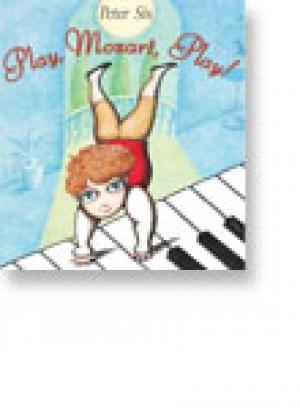 By: Peter Sis
Age Level: 6-9
Wolfgang Amadeus Mozart was not only a famous composer and a musical genius; his father turned him into a child sensation! Limited language but rich, detailed, and varied illustrations introduce the essence of the boy and his music.

By: Peter Sis
Age Level: 6-9
The complicated, sometimes disconcerting life of Galileo is presented in a multi-faceted, intricately illustrated, completely original biography. Differing typefaces combine with illustrations in various styles to create an informative, engaging, and unusual glimpse of the man and his genius.