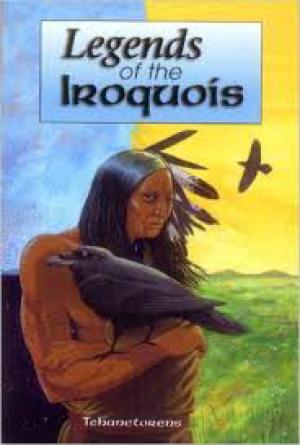 This collection of familiar Iroquois stories, told by elder and tribal scholar Tehanetorens, is made unique by the fact that they are also told in pictographs. There is a short essay on picture writing, and many pages of translations of the symbols themselves, including those for each of the clans of the Six Nations. The non-pictograph illustrations, by Mohawk artist Kahionhes (John Fadden), expand the meaning and power of the stories. — Oyate

"Roots Of The Iroquois tells of beginnings of the Iroquois Confederacy or the Haudenosaunee, people of the long house, eventually consisting of 6 bands, the Mohawks, Oneida, Onandagas, Cayugas, Senecas, and in the south, the Tuscarorans. These Native American groups established a coalition government with a Great Law Kalianerakowa, or Great Nice Way. Today historians finally are beginning to realize this confederation and system of government was in fact a viable model for the early American thirteen colonies." — Midwest Book Review 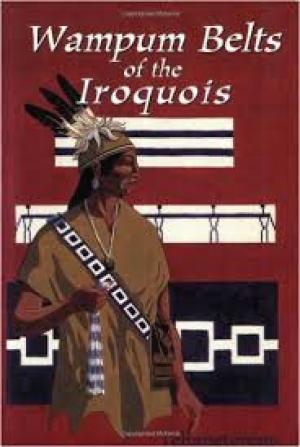 With the direction of and encouragement from Mohawk elder and tribal scholar Tehanetorens, the students of the Onkwehonwe Neha/Indian Way School at Akwesasne Mohawk Nation made authentic, exact copies of the sacred Haudenosaunee wampum belts and strings. Here, Tehanetorens and his students interpret the belts and set them in the context of the history of the Haudenosaunee people. This important book is a must in any classroom in which the U.S. Constitution is taught. — Oyate