Child of the Civil Rights Movement 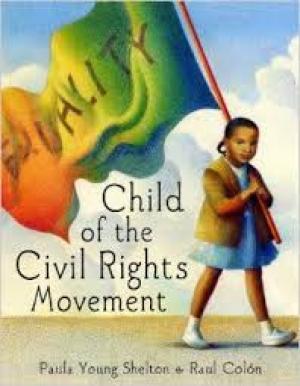 The youngest daughter of civil rights leader Andrew Young shares a time when she and her two older sisters moved from New York to Atlanta to protest and ultimately change unfair laws. The narration is innocent and child-like — effectively describing what Jim Crow was and giving glimpse of the leaders of the period (including Martin Luther King, Jr.). Soft lined, textured illustrations evoke the time and its tenor while portraying people in a recognizable way. An end note provides additional information about the people depicted.