Counting Coup: Becoming a Crow Chief on the Reservation and Beyond 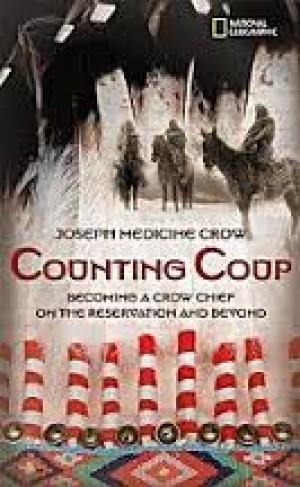 In this fascinating autobiography, the chief shares the events in his life, from his birth in 1914, to his training to be a Crow warrior when he was six or seven, to his World War II experiences. He tells his story with an elder's humor. Reminiscing about his first hospital visit to have his adenoids removed, he shares his fear of whites, of Sioux, and of ghosts. Experiences from Baptist, public, and boarding schools show the prejudices that he encountered. Four pages of color and black-and-white photos show his family and the Crow reservation in Montana. — School Library Journal