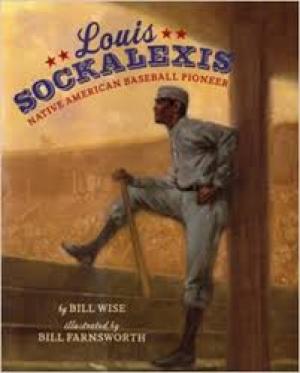 On a Maine summer day in 1884, twelve-year-old Penobscot Indian Louis Sockalexis first fell in love with baseball. As he grew up, Louis honed his skills and dreamed of one day joining a major league team. Louis encountered opposition at every turn, from the jeers of teammates and the taunts of spectators to the disapproval of his father. With determination, courage, and quiet dignity, Louis Sockalexis smashed racial barriers and home runs, leaving an indelible mark on America's favorite sport.