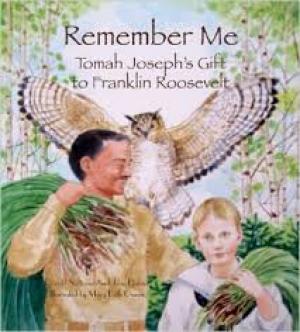 Franklin Delano Roosevelt joyfully spent his boyhood summers on Campobello Island. It was there that he met Tomah Joseph, a Passamaquoddy elder and former chief who made his living as a guide, birchbark canoe builder, and basketmaker. Authors Soctomah and Flahive imagine the relationship that developed between these two as Tomah Joseph taught young Franklin how to canoe and shared some of the stories and culture of his people.