S is for Shamrock: An Ireland Alphabet 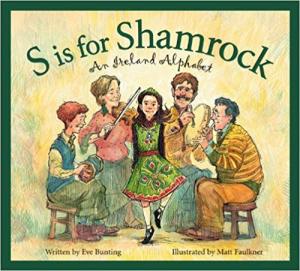 S is for Shamrock: An Ireland Alphabet gives readers a guided A-Z tour of this small island country whose influence extends far beyond its sea borders. Famous landmarks such as the Blarney Stone and Finn McCool's Giant Causeway speak to the land and history that shaped Ireland and its inhabitants.