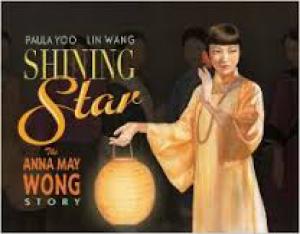 Anna May Wong grew up in San Francisco in the 1920s, working diligently in her family's laundromat but secretly daydreaming of becoming a movie star. When she set out to realize her dream, she soon discovered the lack of opportunity in Hollywood for Asian American actors. After traveling in Europe and China, Anna May ultimately decided to portray only roles she felt presented a positive image of Asians, leading the way for the many actors who followed in her footsteps.