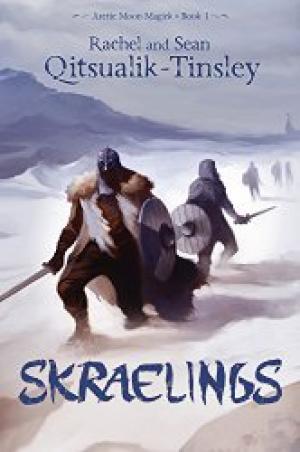 In this adventurous novel set in the ancient Arctic, a wandering Inuit hunter named Kannujaq happens upon a camp in grave peril. The inhabitants of the camp are Tuniit, a race of ancient Inuit ancestors known for their shyness and meekness. The tranquility of this Tuniit camp has been shaken by a group of murderous, pale, bearded strangers who have arrived on a huge boat shaped like a loon. Unbeknownst to Kannujaq, he has stumbled upon a battle between the Tuniit and a group of Viking warriors, but as the camp prepares to defend itself against the approaching newcomers, Kannujaq discovers that the Vikings may have motivations other than murder and warfare at the heart of their quest. This lush historical fiction is steeped in Inuit traditional knowledge and concepts of ancient Inuit magic.