Where the Flame Trees Bloom 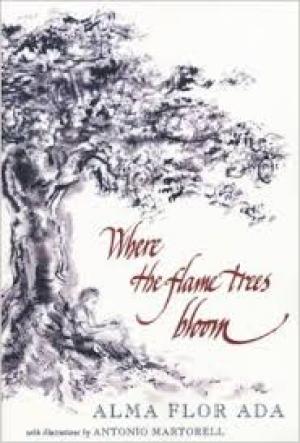 "Telling of her childhood in Cuba, Ada begins with an introduction to her homeland followed by 11 episodes about her family and her community. One story tells of her grandfather Modesto's courage and loyalty in the face of the death of his beloved wife and the simultaneous collapse of the Cuban economy. Another tells of her great-grandmother Mina, who continued to make rag dolls for the village children even after she had lost her sight. And a third tale tells of a Japanese street vendor who sold ice cream for a living, but gave generous samples to children who could not afford to pay." — School Library Journal