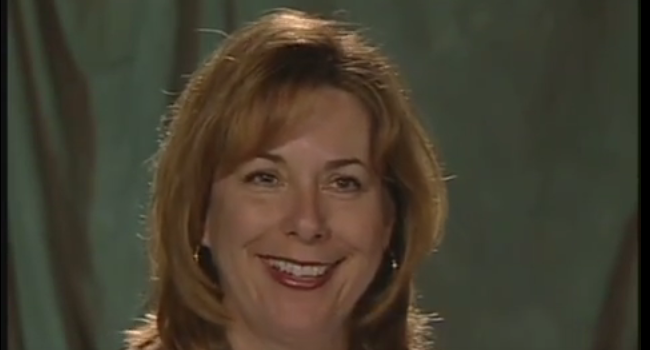 Well, I was born and raised in Bakersfield, California, in the San Joaquin Valley. I was the oldest of three daughters, and I'm the oldest of 23 grandchildren on my mother's side. So, when people ask me, "What was your childhood like?" I tell them the truth. It was noisy. I have a lot of fond memories of big family gatherings at my Mexican grandmother's house.

My other grandmother also lived nearby. She lived out in Arvin, California, and she was from Oklahoma. So, one Saturday I would go to one grandmother's house, and I would eat fried chicken, black-eyed peas, smothered greens, and peach cobbler with big, fat dumplings that would stay in your stomach for about a week. And the next weekend, I'd go to my other grandmother's house and eat red mole and enchiladas, rice and beans, and lamb stuffed with garlic. I had a really interesting, fun childhood.

One of the things that I think prepared me the most for being a writer was that I was blessed with a lot of big blocks of unchoreographed time and a lot of benevolent neglect that gave me the opportunity to spend a lot of time playing and developing my imagination. And I'm really thankful for that.

A basket full of books

When I was in fifth grade, we moved across town, and I was the new kid at school. I didn't really fit in. I was too tall. My feet were too big. My clothes weren't right. And I started going to the library every Tuesday after school with a friend of mine. My mother worked, so she couldn't take me to the library on a regular basis. Her mother stayed home and took her every Tuesday, and I started going with them. I'm not sure why I fell into books, but I suspect it was because I was coping through them. They became redeeming to me, because I could escape into them. So that's really when I got sort of obsessed with them and then spent most of my time riding my bike to a little branch library in East Bakersfield, and loading up my bike basket with books and coming home and spending an awful lot of time reading. But it was how I adapted to my new environment.

A princess life in Mexico

When I was growing up, she would frequently mention her life in the farm labor camps, and so I always knew about that part of her life. But it wasn't until I was a grownup and had my own children and she would come to my house and spend two weeks at a time with me on various occasions that she would sit around and reminisce about Mexico. I was an adult before I knew anything about her Mexican life, living in Aguascalientes, and what it was like for her to grow up there. It was sort of a revelation to discover that she was actually wealthy and that she had servants, because I always thought that her beginnings sort of began in the farm labor camp. In my mind, there wasn't anything before that. And so it was very much an epiphany to discover that she had this whole other sort of princess life in Mexico.

I became a bilingual Head Start teacher in Escondido. After that, I got married and stayed home with my children for a number of years. I went back to school to get my master's in education. After I had turned in some work, a professor came up to me one day after class and asked me to stay after, and she asked me if I'd ever considered doing any professional writing. Up to that point, I hadn't. But, you know, once she planted the seed, I really couldn't stop thinking about it.

I finished my master's, and I became an administrator of an early childhood program, and I did that for five years. But I was already starting to write.

Most people are familiar with the federal camps that John Steinbeck made famous with his novel The Grapes of Wrath, when the federal government came in and set up massive tent cities for the immigrants from the Dust Bowl. But before that, in the early thirties, most of the immigrants stayed in company camps.

On my mother's birth certificate, on the line that is reserved for the name of the hospital, it says "DiGiorgio Farms." She was born in the Mexican camp.

Esperanza begins as a very pampered and spoiled daughter of a landowner in Aguascalientes, Mexico, and she has a very privileged life. She has servants, she goes to private schools, and she really has never known any other way to live. She comes from a very loving family, but a series of circumstances happen, and her father is killed, and she must flee to the United States with her mother. She sort of accepts that on face value, but she doesn't really realize what's going to happen to her or the change of station that's going to occur for her in her life.

And so they make this journey. They end up in DiGiorgio Farms in the San Juaquin Valley, living in a farm labor camp and having to share a very tiny cabin with a number of people. The story shows her evolution and how she was forced to grow into an independent, young woman.

Amelia and Eleanor go for a ride

I'll give you a little background on Amelia and Eleanor Go for a Ride. I was reading an adult book one day called Hearts of Fire. In this book was a series of articles about famous American women and myths about them. The word "myth" was in the subtitle. So, I came across this one paragraph about this evening in 1933, when Amelia Earhart spent the night at the White House and took Eleanor Roosevelt for her first night flight over Washington, D.C. Well, because the word "myth" was in the subtitle of the book, I thought, "Oh, I wonder if this is true –or, maybe it's just one of those stories like George Washington cutting down the cherry tree."

So, I went to the big library in San Diego, and went on the Associated Press microfiche, because I figured that if it was true, it would have made the press. So, I had the date, and I went on the next morning's AP articles and searched. Sure enough, there were the newspaper accounts of the previous evening, and so then I knew it was true. Then I began the deeper research, contacted the White House curator's office, and was able to read books written by the housekeeper, who lived in the Roosevelt White House. One thing led to another, and we have Amelia and Eleanor Go for a Ride.

Well, I love little-known stories about famous people. If you look at Charlotte in Riding Freedom and Amelia Earhart and Eleanor Roosevelt and Marian Anderson and Esperanza in Esperanza Rising, they're all sort of kindred spirits in that they had really wonderful stories that deserve to be told…

Marian Anderson and Eleanor Roosevelt and, obviously, Amelia Earhart – they're very strong, determined, courageous women. They defied convention at a time when a lot of the things that they wanted to do were not accepted by society.

From picture books to novels to nonfiction, Pam Muñoz Ryan writes a wide variety of books for young readers. Drawing from her diverse cultural background, Muñoz Ryan often writes about the Latino experience in the United States. Many of her books feature courageous female protagonists who defy the societal conventions of their time. When Marian Sang is a beautifully illustrated picture book that chronicles the life of African American singer Marian Anderson. Amelia and Eleanor Go for a Ride recreates the night that Amelia Earhart took Eleanor Roosevelt for a flight over Washington, D.C. And Esperanza Rising is an award-winning novel that Muñoz Ryan based on her own grandmother's immigration from Mexico to California.

Pam Muñoz Ryan was born in Bakersfield, California, in 1951. With half of her family from Mexico and the other half from Oklahoma, Muñoz Ryan jokes that she grew up eating enchiladas one weekend and fried chicken the next. She was the oldest of 23 grandchildren on her mother's side.

Pam Muñoz Ryan studied child development at San Diego State University before working as a bilingual Head Start teacher, full-time mom, and early childhood program administrator. After earning a graduate degree in education, Muñoz Ryan began her new career as a writer. At first, she wrote books about child development for adults. Soon though, she started writing books for children. After publishing a number of picture books, Muñoz Ryan discovered that she was a talented novelist as well. Esperanza Rising, perhaps her most well known novel, won the Pura Belprí Medal in 2000.