Pam Muñoz Ryan was born in Bakersfield, California, in 1951. With half of her family from Mexico and the other half from Oklahoma, Muñoz Ryan jokes that she grew up eating enchiladas one weekend and fried chicken the next. She was the oldest of 23 grandchildren on her mother's side.

Pam Muñoz Ryan studied child development at San Diego State University before working as a bilingual Head Start teacher, full-time mom, and early childhood program administrator. After earning a graduate degree in education, Muñoz Ryan began her new career as a writer. At first, she wrote books about child development for adults. Soon though, she started writing books for children. After publishing a number of picture books, Muñoz Ryan discovered that she was a talented novelist as well. Esperanza Rising, perhaps her most well known novel, won the Pura Belpre Medal in 2000.

Two well known women sneak away from the White House for an aerial adventure in this handsomely illustrated story based on real people. Though fictionalized, readers will appreciate the common interests and similar personality traits of First Lady Eleanor Roosevelt and aviatrix Amelia Earhart. 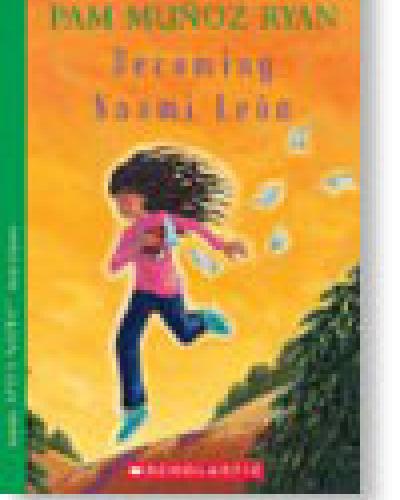 Naomi and her younger brother Owen have lived with their grandmother in a small trailer for many years, ever since they were abandoned by their mother. When Mom Terri Lynn suddenly returns, does she really have the kids' best interests at heart? 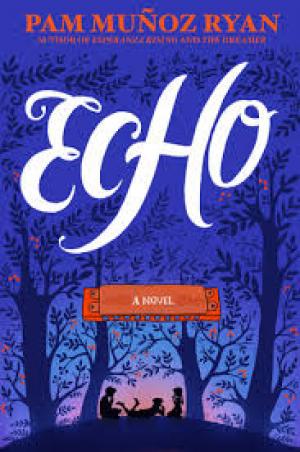 Product Description: Pam Muñoz Ryan weaves together three stories of young people living through a tumultuous period in the 20th century: 12-year-old Friedrich Schmidt in 1933 Germany, as the Nazi Party gains momentum; orphaned 11-year-old Mike Flannery in 1935 Philadelphia during the Depression; and Ivy Maria Lopez living in Southern California in 1942 as World War II rages. Their stories revolve around a single Hohner Marine Band harmonica and are framed by a tale of a lost boy, three sisters, and a witch's curse. Newbery Honor Book. 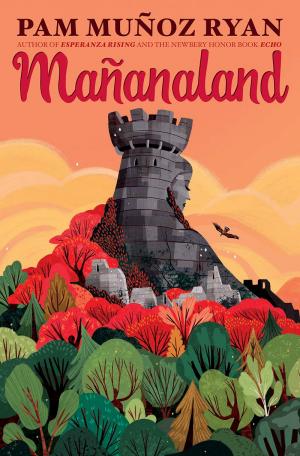 Maximiliano Córdoba loves stories, especially the legend Buelo tells him about a mythical gatekeeper who can guide brave travelers on a journey into tomorrow. If Max could see tomorrow, he would know if he'd make Santa Maria's celebrated fútbol team and whether he'd ever meet his mother, who disappeared when he was a baby. He longs to know more about her, but Papá won't talk. 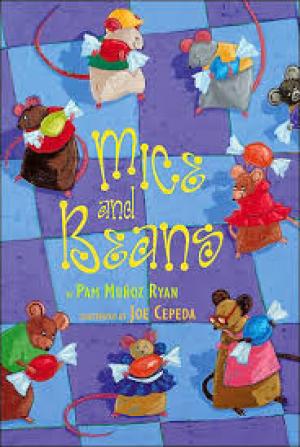 As Rosa Maria prepares for the family celebration of her granddaughter’s birthday, she gets unexpected help from the mice who live in the house. Spanish words are integrated into the joyful text and reflected in the energetic, vibrant illustrations.

Celebrate imaginative play with the mellow rhymes and soft illustrations of this engaging festival of fun. When you just use your imagination, stuffed animals come to life, mud becomes cake, and juice is tea with a fairy queen.

Visit some of the most special places in California, from the big (San Francisco) to the small (San Juan Capistrano) and everything in between! Vibrant and whimsical illustrations from Rafael López create a vivid impression of how a child might remember California's unforgettable natural and man-made wonders.

Charlotte Parkhurst could do almost anything with horses. Once out of the orphanage, Charlotte masquerades successfully as a man named Charley, and in spite of huge obstacles is able to drive a stagecoach and work with horses. Based on a real person, Charley also became the first woman to cast her vote in the state of California.

A catchy rhyme and colorful crayons provide an animated introduction to counting from one to twenty-four by twos. The count continues in even numbers then again using odd numbers.

Young Neftali cannot resist the power of words and the world around him. Whether he is studying the iridescent wings of beetle or imagining the story of a lone boot left in the mud, there is no limit to where his imagination and words will take him. Neftali grows up to become one of the world's most beloved poets: Chile's Nobel-winning laureate Pablo Neruda. Through this stunning novel, Pam Muñoz Ryan imagines poet's childhood and triumph in overcoming a tyrannical father to believe in his own voice and words. 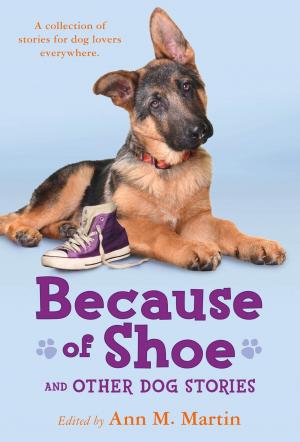 For young readers who have ever wanted, known or loved a dog, the short stories in this anthology evoke the full spectrum of endearing doggy traits! With stories ordered from easiest to most difficult to read, Because of Shoe and Other Dog Stories is a book for young readers of varying levels to enjoy.