David Bowles is a Mexican-American author and translator from south Texas, where he teaches at the University of Texas Río Grande Valley. He has written several award-winning titles, most notably The Smoking Mirror and They Call Me Güero. His work has also been published in multiple anthologies and publications, and David has worked on several TV/film projects. In 2017, David was inducted into the Texas Institute of Letters. He now serves on its governing council. In 2019, he co-founded the hashtag and activist movement #DignidadLiteraria, which has negotiated greater Latinx representation in publishing.

David's work is also featured in this Colorín Colorado article by Janet Wong, Hearing Our Voices, Honoring Ourselves.

Cousins Malia, Ivan, and Dante are visiting their aunt Lucy for the summer. But on their way to Gulf City's water park, they get lost on 13th Street. Only it's not a street at all. It's a strange world filled with dangerous beasts! Will the cousins find their way back to Aunt Lucy's? This is the first book of the 13th Street chapter book series by David Bowles. 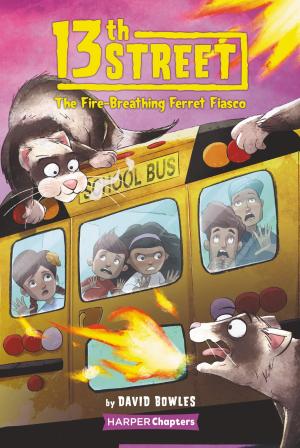 Cousins Dante, Malia, and Ivan are happy to be back in their home town. But then their school bus takes a wrong turn and they end up on 13th Street! There are new monsters to fight, but at least they have their friend Susana and their bus driver to help them. Will the gang ever make it to their first day of class? 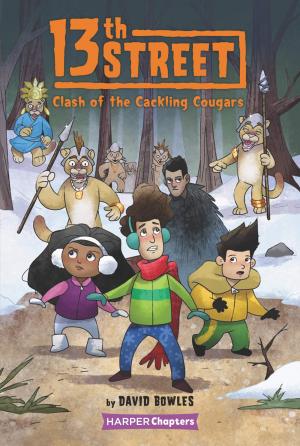 Ivan, Malia, and Dante are excited about their ski trip. There’s no chance they’ll stumble onto 13th Street in the mountains, right? WRONG! After being sucked through a portal, the cousins come face-to-face with joke-telling cougars that are more dangerous than they seem. How will the kids get out of trouble this time? 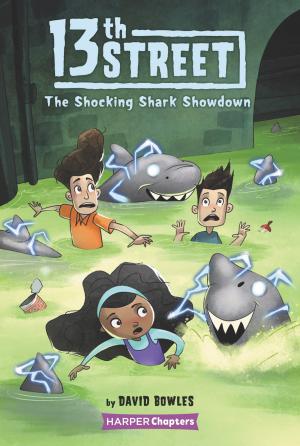 Cousins Malia, Dante, and Ivan are looking for a portal to 13th Street. They need to help their new friend Mickey find his way home! But waiting for them are sharks that can shock them with an electric charge. Can the cousins reach Mickey before it's too late? 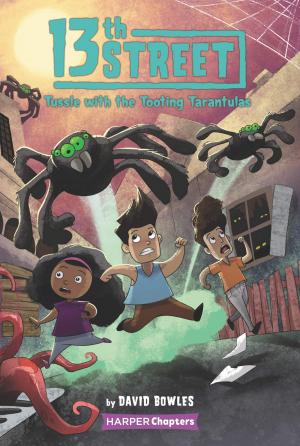 Malia, Dante, and Ivan are ready to take on the evil forces controlling 13th Street. But then Ivan is kidnapped by giant — and stinky! — spiders. Can Malia and Dante save him from their sticky webs? 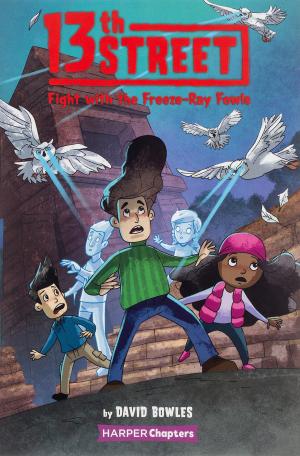 Cousins Malia, Dante, and Ivan must face off against the evil queen of 13th Street. But she has lots of monsters on her side, including birds that can freeze you with a look! Can the cousins defeat her and shut down 13th Street once and for all? 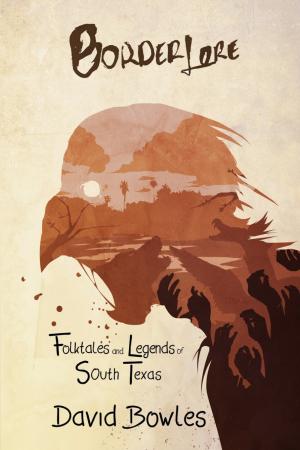 Award-winning translator and author David Bowles brings together twenty-five darkly memorable stories of the southern borderlands of Texas, retold in his unique voice. Ranging from the age-old folktales heard at his grandmother's knee to urban legends collected down the years, each of these narratives is brought to stunning visual life by artist José Meléndez. An appendix classifies the pieces and enumerates motifs.

Carol and Johnny Garza are 12-year-old twins whose lives in a small Texas town are forever changed by their mother's unexplained disappearance. Shipped off to relatives in Mexico by their grieving father, the twins soon learn that their mother is a nagual, a shapeshifter, and that they have inherited her powers. In order to rescue her, they will have to descend into the Aztec underworld and face the dangers that await them. Winner Pura Belpré Author Honor Award.

The Garza family's Christmas vacation in Mexico is cut short by the appearance of Pingo, one of the tzapame - Little People. The news is grim - a rogue prince from an ancient undersea kingdom is seeking the Shadow Stone, a device he will use to flood the world and wipe out humanity. Now Carol and Johnny must join a group of merfolk and travel into the deepest chasms of the Pacific Ocean to stop him and his monstrous army with their savage magic.

When Carol and Johnny learn of the Ollamat, an ancient stone that can channel savage magic, they convince their parents to take them to the cloud forests of Oaxaca. With Pingo’s help, they search for the legendary city where it has been protected for a thousand years. But the twins aren’t the only ones hunting for the Ollamat. After it is stolen, they must travel through an emerald mirror into the beautiful yet dangerous Tlalocan: the paradise of the rain god.

In this mixed-media collection of short stories, personal essays, poetry, and comics, this celebrated group of authors share the borders they have crossed, the struggles they have pushed through, and the two cultures they continue to navigate as Mexican Americans. Living Beyond Borders is at once an eye-opening, heart-wrenching, and hopeful love letter from the Mexican American community to today's young readers.