Jane Yolen was born in New York City in 1939. Both of her parents were writers and so were most of their friends. While still in preschool, Jane composed her first poem. "I love to recite my first poem to kids when I talk to them  because it was so bad that I tell them that, clearly, they're writing better poems than that."

Yolen's writing did improve throughout her school years. In the first grade, she wrote the class musical. In high school, she won a Scholastic poetry contest. At Smith College, Yolen won awards for her poetry and journalism. After graduation, Yolen moved to Manhattan to work in the publishing industry. Soon thereafter, at age 22, she sold her first book, Pirates in Petticoats.

Since then, Yolen has published over 250 books, including folktales, fairytales, science fiction, poetry, informational books, picture books, young adult novels, and more. Yolen's books have won numerous awards, appeared on bestsellers lists, and some have been converted into movies. Yolen has also played an active role in literary organizations such as the Science Fiction Writers of America, the Western New England Storytellers Guild, and the Society of Children's Book Writers and Illustrators.

Jane Yolen and her husband divide their time between western Massachusetts and St. Andrews, Scotland.

By: Jane Yolen
Age Level: 6-9
The baseball card of "the bandy-legged son of German immigrants" sold for almost three million dollars in 2007. Honus Wagner was an all-around player who could hit, run, and play shortstop equally well. Highlights of his life and some of the myths that swirled up around him are presented in evocative, energetic text and handsome paintings. 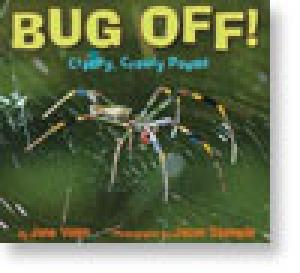 By: Jane Yolen
Illustrated by: Jason Stemple
Age Level: 3-6
Short, imaginative poems combine with brief facts and handsome, full color photographs to introduce a variety of insects. Fact or fiction can be shared independent of the other to find out about everything from the common house fly to the colorful lovebug and many more insects.

By: Jane Yolen
Two young girls who have been raised by wolves are brought to Mohandas's orphanage, and Mohandas tries to teach them the ways of humans. 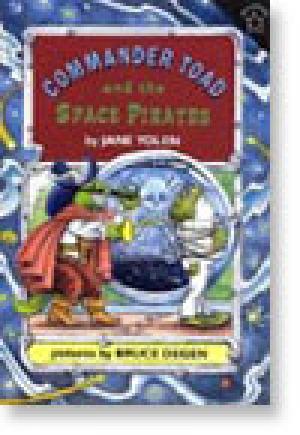 By: Jane Yolen
Illustrated by: Bruce Degen
Age Level: 6-9
Commander Toad and the crew of the Star Warts are back, this time to confront villainous space pirates. As in other Commander Toad books, puns and silliness are complemented by humorous illustrations. 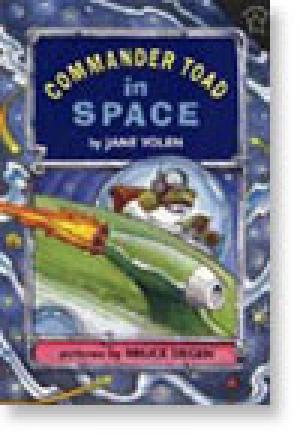 By: Jane Yolen
Illustrated by: Bruce Degen
Age Level: 6-9
Sort-of-serious illustrations are perfect for this comical parody of familiar science fiction films. The brave commander of the Star Warts spacecraft is a Toad who saves his ship from the dangers of a watery planet and its resident monster, Deep Wader.

By: Jane Yolen
Illustrated by: David Small
Age Level: 6-9
Elsie and her father leave Boston to begin afresh after Elsie's mother dies. Elsie takes with her a pet canary. It is Timmy Tune and a host of other animals that help Elsie turn "her house into a true prairie home." Lyrical language and evocative watercolors tell a touching story.

By: Jane Yolen Andrew Fusek Peters
Illustrated by: Polly Dunbar
Age Level: 3-6
A young child's world is presented in a variety of poems, each illustrated with verve and humor. The large pages support the well-organized collection sure to be appreciated by young children and the adults who share the poems with them.

By: Jane Yolen
Age Level: 9-12
Yolen wrote all of these varied entries about the delightful dragon, and relates the poems, and short stories from a variety of genres, complete with a background as to their inspiration. 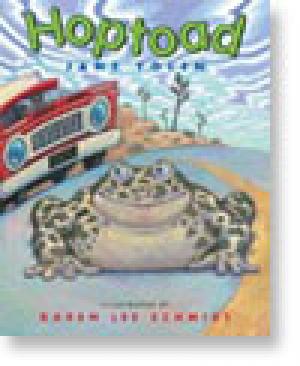 By: Jane Yolen
Illustrated by: Karen Lee Schmidt
Age Level: 3-6
A boy and his father in a big red camper come to the aid of a toad attempting to cross a desert road. This surprisingly tense story is told in few words and strong illustrations from a toad’s eye view.