Joanna Cole is the creator of Ms. Frizzle – and in one way, the two are alike. Both women share a passion for science, learning, and explaining new things. But Joanna Cole doesn't wear ladybug earrings, nor ketchup bottles on her shoes. She is an avid reader and researcher who writes about science in a way that is both understandable and entertaining for her young audience. The Magic School Bus was the perfect opportunity to combine two of her favorite things: science and humor.

Before The Magic School Bus, Joanna Cole worked as an elementary school teacher, librarian, children's book editor, and writer. She was already the successful author of nearly 100 children's books. Then one day, she sat down to a new assignment and wrote the following words, "Our class really has bad luck. This year, we got Ms. Frizzle, the strangest teacher in school. We don't mind her strange dresses or her strange shoes. It's the way she acts that really gets us."

After studying art in high school, college, and graduate school, the time came for Bruce Degen to decide how he would earn a living as an artist. "You don't see many people walking around a gallery and chuckling," he says. "And I realized that I wanted a chuckle. You can do a painting, and it might end up being on somebody's wall, but if you do a book, it goes out to the world."

It is Bruce Degen's clever hand that brings The Magic School Bus to visual life. He stylized Ms. Frizzle's wacky shoes and outrageous dresses. He formatted the books horizontally to include the multiple layers of Cole's text. Yet long before the blockbuster series, Degen had already illustrated popular books such as Jamberry, Jesse Bear, What Will You Wear?, and Commander Toad in Space. Degen's own sense of humor and subtle jokes add a playful quality to all of the books he illustrates.

Reading Rockets' David Meissner interviewed the co-creators of The Magic School Bus. Both Joanna Cole and Bruce Degen talked about how they work together on books, how The Magic School Bus evolved, and why they were pleased with how the TV series turned out. Click on the links below to learn more about this talented author-illustrator team.

The Story Behind The Magic School Bus

When an editor at Scholastic Press wanted science books that were fun for children, he called Joanna Cole. Cole had written well-researched science books as well as wacky fiction stories. When Cole combined these two styles, the result was a nontraditional manuscript layered with word balloons, school reports, and jokes on sticky notes. The story was about an eccentric teacher named Ms. Frizzle who led her class on a magical field trip.

The editor called upon Bruce Degen to make visual sense of this complex book idea. Degen, a talented and versatile illustrator with a good sense of humor, suggested ways to fit the school reports, jokes, and dialogue into an engaging picture book. The result of Cole and Degen's first collaboration was The Magic School Bus at the Waterworks, published in 1986. It received rave reviews from children, teachers, and the educational community.

Since that time, The Magic School Bus has become a household name and a nationwide phenomenon. The series has made science fun and accessible to an entire generation of elementary school students. It has provided teachers with high-quality, entertaining science books that children can't wait to read. TheMagic School Bus is why second graders can clearly explain the process of evaporation. The Magic School Bus is how a six year old knows that there are nutrients in his bloodstream. 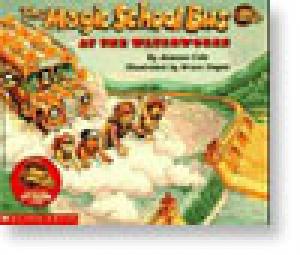 Ms. Frizzle, an unflappable science teacher, drives the magical school bus into a cloud where the children shrink to the size of water droplets and follow the course of water through the city's waterworks system. 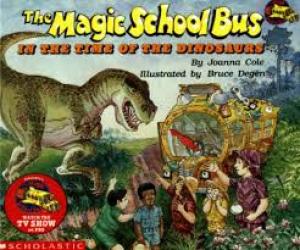 Everyone's favorite science teacher is back as Ms. Frizzle takes her class on a journey into the Mesozoic Era. The Magic School Bus becomes a time machine, giving the students a first-hand look at many dinosaurs and the eras in which they lived. The text and illustrations are blended in this amazing fact and trivia-filled field trip to the past. 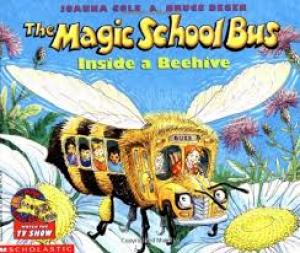 Readers know they're with Ms. Frizzle and her class when the bus is disguised as a bee and they figure out how to join a hive. Fact and fiction create a rollicking but educational adventure in the signature style of this creative duo. 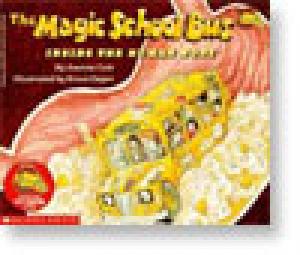 By: Joanna Cole and Bruce Degen
Age Level: 6-9
What better way to learn about the human body than by going inside one? Join the wackiest teacher and her class on this trip as readers share the adventure and learn along with Ms. Frizzle’s class.