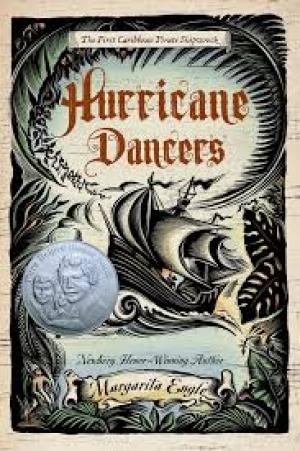 "Young Quebrado's name means 'the broken one,' a child 'of two shattered worlds.' The son of a Taíno Indian mother and a Spanish father, he is taken in 1510 from his village on the island that is present-day Cuba and enslaved on a pirate's ship, where a brutal conquistador, responsible for thousands of deaths throughout the Americas, is held captive for ransom. When a hurricane destroys the boat, Quebrado is pulled from the water by a fisherman, Naridó, whose village welcomes him, but escape from the past proves nearly impossible." — Gillian Engberg, Booklist