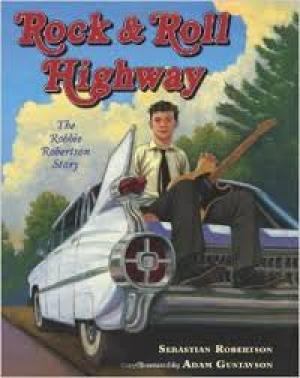 Canadian guitarist and songwriter Robbie Robertson is known mainly for his central role in the musical group The Band. But how did he become one of Rolling Stone's top 100 guitarists of all time? Written by his son, Sebastian, this is the story of a rock-and-roll legend's journey through music, beginning with the songs and stories he learned from his mother's family as a child on a Six Nations reservation north of Toronto. Rock and Roll Highway is the story of a young person's passion, drive, and determination to follow his dream — and the story of how he became a beloved rock icon in the process.