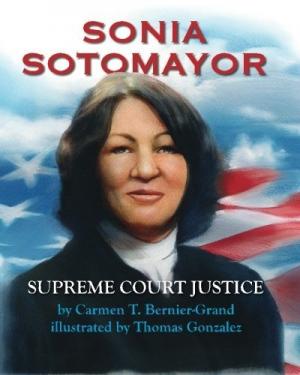 On August 8, 2009, Sonia Sotomayor became the U.S. Supreme Court's first Hispanic justice and the third woman to serve the Court. In elegant free verse, Carmen T. Bernier-Grand describes Sotomayor's remarkable journey from her childhood in the projects near Yankee Stadium to her stellar academic achievements at Ivy League universities to her rapid rise in the legal profession. When confirmed as a federal judge in the Southern District of New York, she said, "I feel I can touch the sky." Also included: Biographical Summary, Glossary, Chronology, Sources, and Notes.