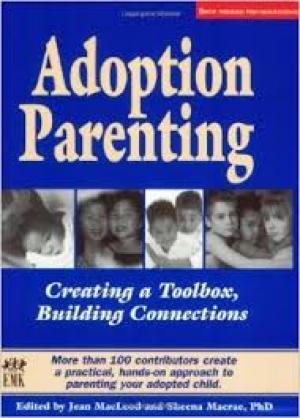 Take a look at these resources in our adoption resource section, including these books for children and professionals and parent tips.

Older internationally adopted children undergo the same changes in language and culture as younger adopted infants and toddlers. The key difference is that younger children have several years to develop English before beginning school. In contrast, most older adopted children have to begin school soon after arriving home. They are presented with the complex task of learning academic skills in a language they don't initially speak or understand.

One issue that clouds the language learning process for older children is the notion of bilingualism. Internationally adopted children are often considered to be bilingual when in reality they are not. Bilingual language learners are learning to speak two languages. Some children are exposed to both languages from birth; others learn one language at home and are later exposed to a second language when they reach school-age. In both cases, proficiency in the first language is used as a scaffold to help learn the second language.

The loss of the first language before the new adopted language develops leaves the internationally adopted child in a linguistic and educational limbo. Unlike the bilingual child who has a strong first language to fall back on, the internationally adopted child has no language until English develops. This lack of a functional language is not an issue for younger children who have several years to develop English before starting school. It is a significant issue for older adopted children who need to begin school right away. Because the children are not proficient in English, cognitive and linguistic development is often negatively affected.

The first level is known as Basic Interpersonal Communication Skills (BICS). BICS proficiency is attained when bilingual children are fluent in a second language for day-to-day social interactions or interactions that have lots of contextual cues. This level of fluency is achieved quickly, typically within one to three years of exposure to a second language. BICS fluency often masks the fact that the child hasn't mastered full comprehension of the language.

The concept of swiss cheese is a good analogy for understanding the language abilities of a child who has BICS fluency without CALPS mastery. Although the overall size and structure of the cheese is there, it is riddled with holes placed in unpredictable places. The holes occur when:

One example is the older adopted boy who decided to make a picture of a dugout for his learning project on Native Americans. When he finished, he proudly showed his mother a picture that looked like a baseball stadium. Another child wanted to know why there was no 'fast hand' on a clock. When told that some clocks don't come with second hands, he replied: "No, it has a second hand, it's missing the third hand." The reality is that most children adopted at older ages will lack full proficiency in English for many years and may require extra tutoring or speech and language services to keep up academically. Because proficiency in spoken language is the basis for developing skills in written language, older internationally adopted children who have not achieved CALPS levels of language proficiency are at significant risk for having academic difficulty.

The older internationally adopted child is not truly bilingual and will not have proficiency in the new adopted language for several years. This creates a dilemma for the child who is having educational or language difficulties in school. The American educational system is set up to:

Most schools offer classroom support services for bilingual children. Schools with high numbers of culturally diverse children offer bilingual classroom programs, however the instructional language is usually Spanish. Sheltered immersion programs are offered by school districts that have many children speaking a number of different first languages. Children from various cultures are merged together into the same sheltered immersion classroom.

Although English as a Second Language (ESL) Programs are better than nothing, they do not fit the internationally adopted child because the child is not truly bilingual. As stated before, bilingual children have a first language that can be used for instruction if a concept isn't understood in English. In contrast, when internationally adopted children do not understand concepts in English, there is no other language to fall back on.

Children who need more than bilingual education services need to qualify for speech and language or other services under the federal IDEA-Part B act. The federal government wisely states in its regulations that all children needing services under IDEA should be assessed in their first language. These mandates were created so children who didn't speak English proficiently weren't unnecessarily pushed into the special education system. The problem for many internationally adopted children is that by the time someone identifies that special services might be needed, the child has lost the first language and is not yet proficient in English. The 'Catch 22' is that the child now has no language to use for valid testing, yet needs to have language skills tested in order to qualify for speech and language services.

Parents need to advocate for their children and remind professionals that the internationally adopted child's first language, and only language, is now English. If the child is not proficient in English, the child is not proficient in any language and therefore at significant academic risk. One way to resolve these issues is to provide better documentation of the child's language abilities prior to adoption. Parents adopting older children should try to obtain information on the child's language development in the native country. Ask the orphanage or school staff to put their language or academic concerns in a brief note that can be translated at a later date. If the child is known to have language delays prior to adoption, the documentation can be used to help qualify the child for immediate speech and language services upon entering school.

If orphanage or school staff feel the child is delayed, parents are urged to have the child's skills evaluated in the birth language within the first two to three months home. If the assessment takes place after three months home, the child's birth language will already have begun to disappear which will lower test scores. The assessment should focus on the child's language, cognitive, and academic abilities. These skills should preferably be evaluated by a speech language pathologist or psychologist who speaks the birth language. If a professional who speaks the language is unavailable, then a translator can assist. The American Speech Language Hearing Association (ASHA) maintains a registry of speech language pathologists who are proficient in other languages. ASHA can be contacted for referral information via their website, www.ASHA.org.

As an ESL teacher (and aunt to an older internationally adopted child), this article has been extremely helpful. This really addresses the unique linguistic situation these students find themselves in.