California Waiver to Use Common Core Field Tests Is Approved 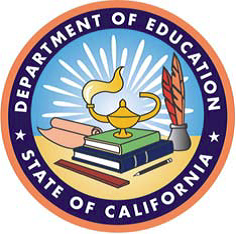 Hi, Everyone!  Diane is traveling quite a bit this month, but we will continue to bring you CCSS updates and also be featuring some guest bloggers later in March.

Big news at the end of the last week: On Friday, Education Week’s Michele McNeil reported that a months-long standoff between the state of California and the U.S. Department of Education has ended, with federal officials approving a waiver allowing the state to administer the Smarter Balanced field tests this year instead of its state testing program. Computerized field tests will begin later this month. Michele notes that while California was already on track to get rid of its state testing system, this decision means that it will no longer run the risk of losing Title I funds in violation of the law.

(The Department signaled a shift in its approach previously when it granted similar waivers to Idaho and Montana.)

Michele reports that the field tests are “largely experimental” and will not be used for accountability purposes, but rather to provide Smarter Balanced with feedback on the assessments.  According to Deborah Sigman, a deputy superintendent in the California Department of Education, "We're not testing students, we're testing the test.  The spring of 2015—that's the appropriate time to start talking about the performance data."

EdSource is also covering the story and reports that using the Smarter Balanced system this year offers California an opportunity to test-drive the process of administering the statewide exams on computers as well, which will be a first for many students. A wide range of technical glitches and challenges are anticipated but officials expect that this year’s field tests will provide an opportunity to evaluate districts’ technical capacity to deliver the computerized tests in 2015, including reviewing important infrastructure elements such as bandwith and aging equipment.

From an ELL point of view, Lesli Maxwell at Education Week notes that this decision means a break in accountability data for the state with the largest number of ELLs in the country; nevertheless, she reports that the state will still be able to use information from its English language proficiency (ELP) exam, the CELDT.  In addition, she explains that California is currently designing ELP exams based on its new language-proficiency standards, which are aligned to the Common Core. (Stay tuned for more information on these standards this spring!)

Last month, Lesli also reported that Smarter Balanced made training tests available on its website so that teachers, students, and parents could become familiar with the language supports of the assessments for ELLs (although access to those supports will depend on each state’s regulations regarding testing accommodations).

For those of you in California, what is your reaction to this news?  What are your questions about the field tests?  How do you expect your students to manage computerized exams? We'd love to hear your perspective!

For additional information about the U.S. Department of Education's decision and the upcoming field tests, see the following stories mentioned above: